Patricia Kalember Takes Over From Christine Lahti in Gloria: A Life 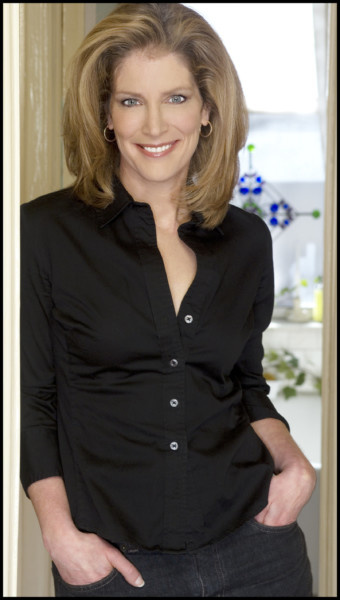 Patricia Kalember Takes Over From Christine Lahti in Gloria: A Life

“As a lifelong feminist, Gloria Steinem has been an inspiration to me for years. Her activism and sharp intelligence are needed now, more than ever,” said Ms. Kalember. “I’m honored to be joining this inventive production and amazing cast.”

Patricia Kalember was last seen on the New York stage in Broadway’s Don’t Dress for Dinner. Often recognized for her work as a series regular on “Sisters,” “thirtysomething” and “Kay O’Brien,” Patricia can be seen on television in “Power,” “The Tick,” “Orange is the New Black,” and “Madam Secretary.” Her many films include Run All Night, Limitless, The Company Men, Rabbit Hole, The Girl in the Park, Signs, Path to War and Jacob’s Ladder. Other stage credits have included Losing Louie and The Nerdon Broadway, as well as The Foreigner, for which she received an Outer Critics Circle Award nomination, Ensemble Studio Theatre’s Marathon of One-Act Plays, Sea of Tranquility at Atlantic Theater Company, Y2K at Manhattan Theatre Club, From Above at Playwrights Horizons, The Vagina Monologues at Westside Arts, and Loose Knit at Second Stage. Regionally she has appeared in The White Card at A.R.T., in productions at Westport Playhouse, Bay Street Theatre and Berkshire Theatre Festival, and in Don’t Dress for Dinner at the Royal George Theatre in Chicago. Among her other television credits are “Olive Kittridge,” “Allegiance,” “Gossip Girl,” and “White Collar.”

Gloria: A Life is written by Tony Award-nominee Emily Mann (Having Our Say) and is directed by visionary Tony Award-winner Diane Paulus (Waitress, Pippin). The production opened October 18, 2019 at the Daryl Roth Theatre on Union Square (101 East 15th Street at Park Avenue South) and has been extended through March 31, 2019.

Gloria: A Life brings us a richly detailed tapestry about one of the most inspiring and remarkable women of our time. Five decades after Gloria Steinem began raising her voice for equality and championing those of others, her vision is as urgent as ever. Gloria’s life’s work and philosophy on the necessity of conversation as a catalyst for change offer us all a path forward in a way that only live theater can. The first act is her story; the second is our own.

Act One focuses on Ms. Steinem’s personal life and activism, and Act Two is a Talking Circle in which the audience is invited to carry the themes of the play into a conversation of their own.

Robert MassimiSeptember 13, 2021
Read More
Scroll for more
Tap
MCC Theater Officially Opened Its First Permanent Home and It is Phenomenal
The National Theatre and the American Associates of the National Theatre Celebrate Network at The Rainbow Room Tonight