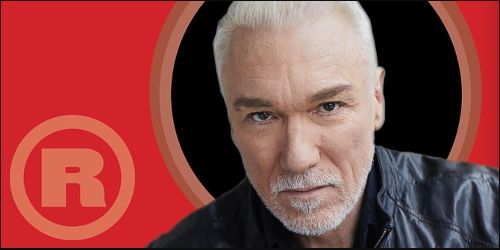 The star of Broadway’s Hadestown and familiar Red Bull Theater face (Coriolanus, The Duchess of Malfi) will brilliantly enact many of the Bard’s greatest villains, from Richard III to Prospero. Moving swiftly and chronologically, Page will trace the evolution of Shakespeare’s malefactors from the mere two-dimensional to the psychologically complex characters that heralded the modern psychopath. Hell is empty and all the devils are here.

Following the performance, Patrick will sit down for an insightful discussion with Michael Sexton, director of the Public Shakespeare Initiative. They’ll take questions from the audience as well.

“Red Bull Theater is a unique and vital force in New York Theater. I’ve loved working with them on singular productions of Coriolanus and The Duchess of Malfi and on dozens of Revelation Readings and workshops. My jaw drops constantly at the world-class talent they attract. I’m thrilled that this event will benefit their mission to revitalize the classics for all of us,” said Page.

Patrick Page is an Associate Artist at both The Shakespeare Theatre of DC and The Old Globe Theatre in San Diego where roles have included Iago, Macbeth, Claudius, Coriolanus, Prospero, Malvolio, and Cyrano, among others. His classical work has garnered him the Matador Award for Excellence in Classical Theater from Red Bull Theater, The William Shakespeare Award for Classical Acting, The Helen Hayes Award, The Craig Noel Award, and The Utah Governor’s Medal of the Arts among many others. He currently plays Hades in Hadestown on Broadway. Previously on Broadway: Saint Joan and Casa Valentina at MTC, A Time to Kill, Cyrano De Bergerac, Spider-Man, Man for All Seasons, The Grinch, Julius Caesar, Lion King, Beauty and the Beast, Kentucky Cycle. Television credits include “Elementary,” “NCIS New Orleans,” “Chicago PD,” “Madame Secretary,” “The Blacklist,” “Law and Order SVU” and “Flesh and Bone.” Follow on Twitter and Instagram at @pagepatrick .Patrickpageonline.com

Coming this Spring: Red Bull’s next Off-Broadway production of the season will be The Alchemist by Jeffrey Hatcher adapted from Ben Jonson, directed by Jesse Berger. This will be the World Premiere of a Red Bull Theater commission from the same team that created the acclaimed hit The Government Inspector. Following recent acclaimed productions of Keith Hamilton Cobb’s American Moor, Erica Schmidt’s Mac Beth, John Webster’s The White Devil, and David Ives’s The Metromaniacs, The Alchemist brings the greed and absurdity of Jonson’s Jacobean London to brilliant contemporary life in this brand new adaptation by Jeffrey Hatcher, whose version of inane corruption à la Gogol delighted New York audiences in The Government Inspector. Performances begin in May at the Lucille Lortel Theatre.  Cast and design team will be announced shortly.

Red Bull Theater, brings rarely seen classic plays to dynamic new life for contemporary audiences, uniting a respect for tradition with a modern sensibility. A home for artists, scholars and students, Red Bull Theater delights and engages the intellect and imagination of audiences, and strives to make its work accessible, diverse, and welcoming to all. Red Bull Theater believes in the power of great classic stories and plays of heightened language to deepen our understanding of the human condition, in the special ability of live theater to create unique, collective experiences, and the timeless capacity of classical theater to illuminate the events of our times.

For more information about the All the Devils Are Here, or any of Red Bull Theater’s programs, visit www.redbulltheater.com.