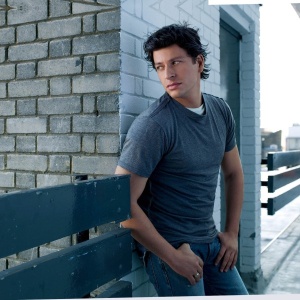 New Jersey Performing Arts Center (NJPAC) is proud to present an evening with international multiplatinum recording artist Patrizio Buanne who has taken the world by storm with his ballads and uptempo tunes, all rooted in the pop traditions of his Italian homeland, earning him the title “The Ambassador of Dolce Vita.” Friday, October 28, 2016 8:00 PM at Victoria Theater. Reserve your tickets now at NJPAC.org or 888.GO.NJPAC (888.466.5722)He has performed for the Pope, royal families and a U.S. President and has developed legions of fans across the globe. Known for his engaging and spectacular performances, he has played to sold-out theaters and arenas all over the world with his big band.This national tour heralds a new era for the young Neapolitan, who performs many of his greatest hits (“Il Mondo,” “Un Angelo”) and spirited interpretations of timeless pop standards from the Italian songbook (“Mambo Italiano,” “You Don’t Have to Say You Love Me”). The program also includes Buanne’s favorite American songs and upcoming releases.