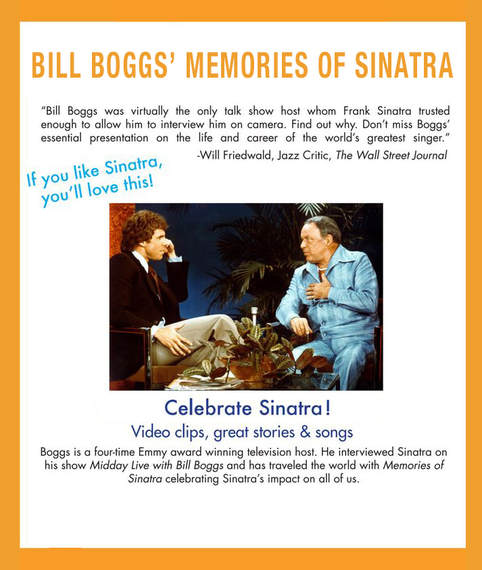 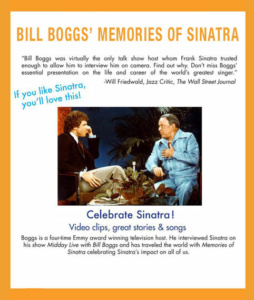 The celebration will be headlined by four-time Emmy Award winning television host, Bill Boggs. Known for interviewing some of the greatest names in the music industry, Boggs was the first talk show host whom Frank Sinatra trusted enough to allow him to interview him on camera.

“I am honored to be part of the legacy of the greatest performer of the 20th century.  It may be 20 years since his passing but he is more relevant now than ever before. His talents will continue to influence generations of musicians for a long time.  He was always ahead of his time including his beliefs on equality and inclusion,” stated Sal Scognamillo, owner of Patsy’s of New York Italian Restaurant.

Festivities include a four course meal featuring dishes Frank Sinatra always ordered from his favorite restaurant, great stories from those who knew him well and memorable video clips. ‘Sinatra: The Song Is You,’ and music and pop culture writer for the Wall Street Journal, Vanity Fair and Playboy writer Will Friedwald, will be signing copies of his rereleased book which features a new forward penned by Tony Bennett.

Tickets to join Patsy’s of New York Italian Restaurant and relive Frank Sinatra’s legacy are available to purchase for $125 per person. To purchase and make your reservation, call (212) 247-3491.

Family owned and operated for almost 75 years, the original Patsy’s of New York Italian Restaurant, in its only location in New York City, 236 West 56th Street, has been the place for home-style Neapolitan Italian food that has been enjoyed for generations. The restaurant’s hours of operation are 12PM to 9:30PM Sunday through Thursday, closing at 10:30PM on Friday and Saturday.  For reservations call (212) 247-3491.  For further information about Patsy’s Italian Restaurant, visit www.patsys.com.

Suzanna BowlingJanuary 4, 2021
Read More
Scroll for more
Tap
Become the Singer You Always Knew You Were With The Singing Experience
Singers Learn To Sing In Tuscany