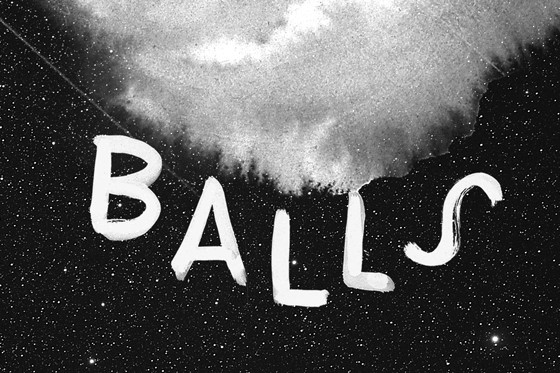 Fifty-five years later, re-imagined as an Immersive Audio-Visual Installation, the break-through and still haunting play will be at CultureHub (47 Great Jones Street) from Friday, June 14 through Sunday June 23.

The action of the original production consisted of two pendulum-like ping pong balls floating in and out of a spotlight.  It is an unnavigable foggy night in an ancient burial ground located by an unforgiving sea that has washed away the cemetery’s land and claimed all but two graves.  The dead’s voices emerge from the crashing waves as they battle with their pasts and contend with the inevitable; the unknown that always looms just beyond.

Paul Foster’s BALLS premiered on November 3, 1964 at Café La MaMa, then located at 82 Second Avenue. Three weeks later, the play transferred to Café Cino, 31 Cornelia Street, before being mounted two months later at the Cherry Lane Theatre, where it played in repertory with new works by Sam Shepard and Lanford Wilson.

CultureHub, an art and technology center based at La MaMa, continues to carry on La MaMa’s tradition of producing risk-taking work and experimenting with emerging technologies, in pursuit of future art forms.

Collaborating with a team of creative coders, technologists, designers, and theatre-makers; CultureHub has re-imagined Mr. Foster’s play in a new media context.

BALLS will be the final production of the CultureHub 2019 Season which has featured a series of projects that investigate seminal works by pioneers of the Off-Off-Broadway theatre movement.

In this production of BALLS, individual audience members will be “laid to rest” in their own geodesic dome as a story driven audio-visual installation washes over them. The immersive play experience will take approximately 45 minutes and can accommodate two audience members per showing.

Paul Foster (Playwright) is a founding member and the first president of La MaMa Experimental Theatre Club. He is a recipient of the Guggenheim, Rockefeller, NEA, NY Arts Council, British Arts Council, Theater Heute, Irish Universitis Awards. He has written 22 plays, 6 television scripts, and 5 films. There are 9 editions in print of his works by 6 publishers in as many languages. He has been, and continues to be, performed in regionals, Broadway, the West End and just about every major theater on both sides of the Atlantic.

CultureHub is an art and technology center that produces risk-taking, technologically informed work that pushes the boundaries of current art forms. Founded in 2009 by La MaMa Experimental Theatre Club and the Seoul Institute of the Arts. CultureHub is a global community that leverages locations in New York, Los Angeles, Korea, Italy, and Indonesia to connect artists from diverse disciplines and cultures expanding the range of technological arbiters.

La MaMa Experimental Theatre Club is dedicated to the artist and all aspects of the theatre. Founded in 1961 by Ellen Stewart, La MaMa is a vital thread in the cultural fabric of New York City. To date, La MaMa has presented more than 5,000 productions representing more than 150,000 artists from 76 nations. La MaMa has a worldwide reputation for producing daring performance that defy form and transcends the boundaries of language, race, and culture. Each year, La MaMa presents multidisciplinary work by hundreds of artists of all ages, cultures, and identities. La MaMa has received the 2018 Regional Theatre Tony Award, as well as dozens of Bessie, Drama Desk, Obie, and Villager Awards through the years.

Great Jones Repertory Company is an OBIE-winning theatre company known for their experimental productions of Greek tragedy that employ classical elements, unique visual design, performance styles, world music, and movement. Started in 1972 by Ellen Stewart, Andrei Serban, and Elizabeth Swados, GJRC is an intergenerational, racially and ethnically diverse ensemble of artists, actors, designers, and musicians whose landmark works remain a significant part of La MaMa’s history, most notably, Fragments of a Greek Trilogy (1972), which ushered in a new movement in American ensemble theatre and was noted as one of the most brilliant works of its time.

This program is supported, in part, by public funds from the National Endowment for the Arts.