Paul McCartney Ventures Into Musicals With “It’s a Wonderful Life” 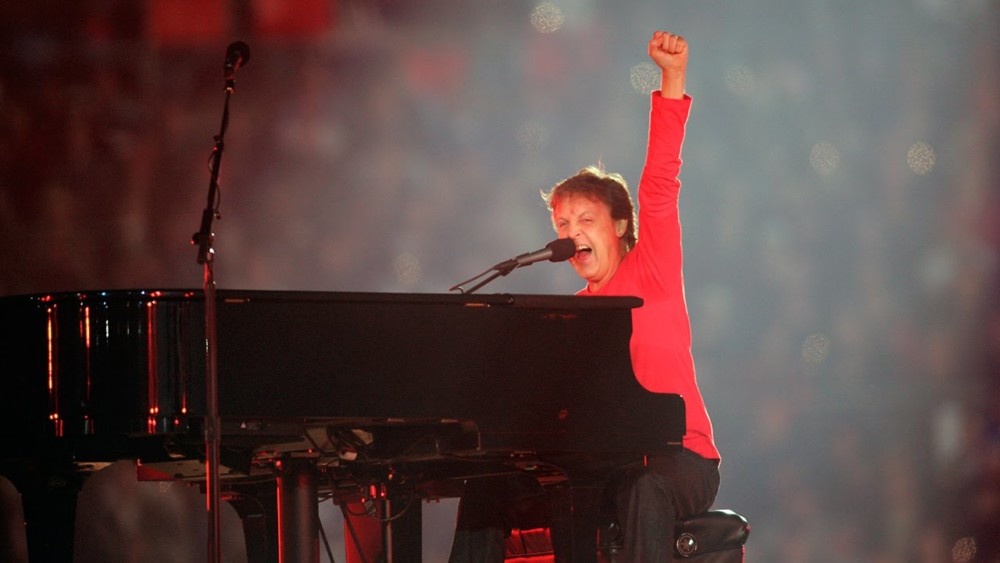 Paul McCartney Ventures Into Musicals With “It’s a Wonderful Life”

The English musician and Ex-Beatle, Sir Paul McCartney is always looking for other things to do, challenges to face. More than 10 years ago, in 2005 the British artist rocked the NFL Superbowl halftime show. Now, the 77-year-old is of course nut running for NFL MVP 2019, but instead writing the musical adaptation of Frank Capra’s 1946 movie “It’s a Wonderful Life”.

HOW IT ALL CAME TO BE

The project produced by Bill Kenwritgh it’s been in the making since he acquired the rights from Paramount back in 2016 and immediately looked for Mccartney, who at first was resilient to join the project, but later ended up accepting the offer, stating that: “Writing a musical is not something that had ever really appealed to me”. Kenwrigth had asked Capra for the rights of the movie, but the filmmaker had elegantly refused.

Paul’s statement comes from a note on The New York Post where the writer of “Let it Be” has also added, “It’s A Wonderful Lifeis a universal story we can all relate to”. Lee Hall; screenwriter who worked with Elton John for the Musical of “Billy Elliot” and the Biopic, Rocketman; is writing this production and is co-writing the songs with Paul.

After those first contacts, McCartney, still not sure about had a meeting with both of them: “Bill and I met up with Lee Hall and had a chat and I found myself thinking this could be interesting and fun.”

About this experience Hall said that “It’s a Wonderful Life” it’s his favorite film, and to him is a “privilege to give it life on stage, but to do it with Paul McCartney was off the scale Paul’s wit, emotional honesty and melodic brilliance brings a whole new depth and breadth to the classic tale.”

Johnny Oleksinski, who works for The New York Post, has stated that on a recent trip he “got to listen to McCartney’s stunning demo tracks”. According to him “The songwriter segues easily into the musical theater style, while still giving diehard fans that soulful McCartney sound”. And later added that “The more than 10 songs sound like a bona fide lost Beatles album”.

OTHER PROJECTS FROM THE BEATLE

When we talk about Paul McCartney, we talk about one of the greatest songwriters ever, and a genius when it comes to it, experimenting as much as possible to improve in his music and those who work with him.

In a creative way, to set an example, a very early one, is the step forward he took when Brian Epstein, The Beatles’ manager, died of an overdose, taking a lot of creative and business control of the group. His was the idea of Sgt. Pepper’s Lonely Hearts Club Band.

Also, right after the separation of The Beatles, McCartney founded the Rock band Wings, alongside his first wife, Linda McCartney, and a list of other musicians. The Band played from 1971 to 1981. Their biggest selling single was Mull of Kintyre, released in 1977.

In 1984 he wrote, produced and starred in the 20thCentury Fox’s film “Give My Regards To Broad Street”, that failed as a movie, but got to top 10 on the charts as a soundtrack album. And in the ´90s he tried with not much success to go into the Orchestral music scene, after being commissioned by the Royal Liverpool Philharmonic Society. Although reviews were not on his side, eventuallyLiverpool Oratorioreached number one on the UK Classical chart.

In the ‘90s he also was a part of The Fireman, a duo that released an EDM and Industrial Electronic music, called Strawberries Oceans Ships Forest. Dividing his time between Electronica and Classical Music.

Most recently he’s worked with Kanye West’s Soul song “Only One” on December 2014 and January next year, with both Kanye West and Rihanna, for the pop song “ForFiveSeconds”.

Paul McCartney has accustomed us to his incredible ability with music as a songwriter, singer, and producer, and seems to be on the way to do it again with this musical. According to Variety, they are aiming to lunch the production in late 2020 in the UK to later have it on Broadway.