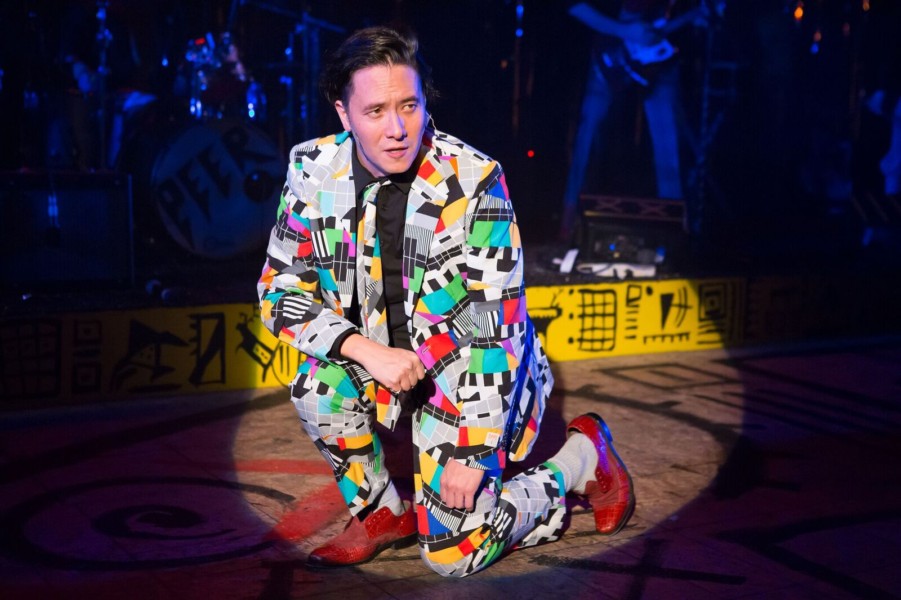 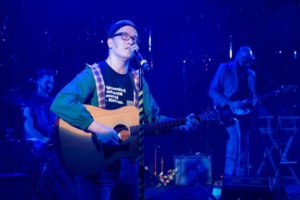 The Ma-Yi Theater Company’s Peer Gynt and the Norwegian Hapa Band, written by Michi Barall and directed by Jack Tamburri, is an interesting piece of theatre, though not always successful. Henrik Ibsen’s Peer Gynt asks us who we really are.

The story follows Peer who is great at storytelling, but not telling the truth or committing. He frequently abandons those he loves and cares for. In a sense Peer is a man with no soul. From the Norwegian mountains to the North African desert the language is poetry mixed with social satire and a life based on procrastination and avoidance. In the end Peer escapes all his tribulations, but is confronted by a Button-molder, who maintains that Peer’s soul must be melted down with other faulty goods unless he can explain when and where in life he has been “himself.” Peer protests. he has been only that, and nothing else. The troll king, states that Peer has been a troll, not a man, most of his life. The Button-molder comes along and says that he has to come up with something if he is not to be melted down. Peer’s seeks his true love Solveig and asks her to forgive his sins. But she answers: “You have not sinned at all, my dearest boy.” The Button-molder, who is sent by God, still waits, with the words: “Peer, we shall meet at the last crossroads, and then we shall see if… I’ll say no more.” 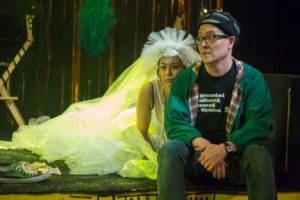 I state the play the way Ibsen intended it to be done because the Ma-Yi production has skipped the most important part of the story. Everything in italics has been delated. They have taken the redemption out of the show and replaced it with vulgar language and at times crude jokes meant for a generation that finds this funny. Ibsen would have actually roll in his grave with mortification of the changes in his work, but he’s dead and according to the laws of theater, that is now allowed. 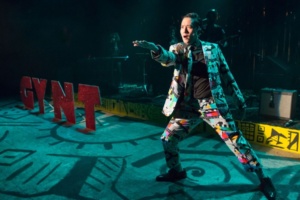 What Ma-Yi’s new production does is rock out, sometimes to a fabulous height and sometimes not so great. Composers Matt Park, who plays Peer, and Paul Lieber, who plays the bandleader and many other roles, are superbly talented. All cast members play instruments and sings to different degrees. There are many musical motifs, such as punk, glam, synth pop, country, soft rock and love ballads. The best is the country western piece. 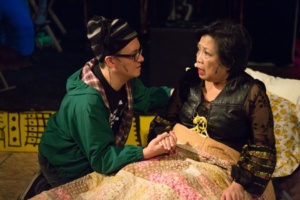 As Peer annoying mother, Mia Katigbak, over acts, but she can sing, move, play piano and xylophone, well. Playing Solvay or Solveig in Ibsen’s version is the delightful Rocky Vega, whose ethereal qualities make us yearn for the end that doesn’t exactly happen. Angel Desai is sexy as the many women in Peer’s life, who he dumps. She is a good actress though her vocals are a little flat and strident, however she plays a mean violin. Uton Evan Onyejekwe plays guitar, young Helga and the ferryman of the Divine, while Titus Tompkins plays fabulous drums, mandolin and rounds out this cast of seven.

As Peer, Matt Park is multi talented, that goes without question, however despite the complete lack of morality in Peer, we must care about him and I did not.

I found Jack Tamburri’s direction sloppy and Michi Barall script not to my taste, but I can see with see cleaning up how this could appeal to a young downtown audience. Be prepared to put in sometime as this show is over two and half hours long.