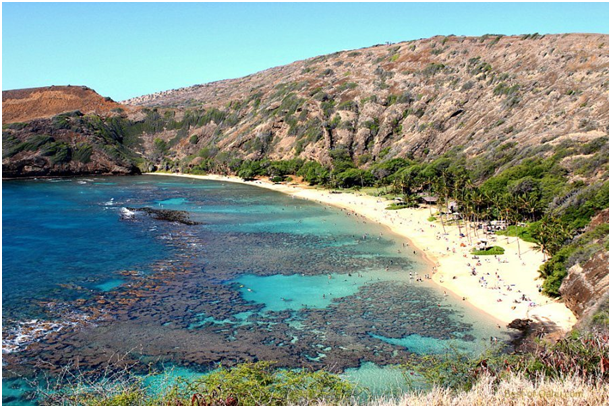 When Alex decided to propose to his girlfriend, Carly, he knew he had to do something special beyond the norm. A fancy restaurant dinner or evening out together just wasn’t enough. They had been together for three years and had talked a lot about getting married, Alex just had to decide how to pose the question. After careful consideration, he decided to suggest they take a vacation together. He didn’t want Carly to suspect that the trip was really for a wedding proposal, and he since he knew Carly didn’t like the winter season, he suggested they take a break from the snowy weather of the north Midwest where they lived during February when the weather was often coldest. Strategically, he planned the vacation to happen over Valentine’s Day to make his proposal even more special.

Carly loved the idea, and immediately asked if they could go to Hawaii, which was somewhere she had always dreamed of going. Alex agreed right away; after all, this was a trip he wanted to be perfect for Carly. Together they planned out where to stay and what activities to do, all the while with Alex making plans about the best way to propose during their time on the islands.

Without Carly knowing, he added something else to their vacation. To make sure they had photographs of the moment when Alex proposed, he decided to book a photographer from Localgrapher for the day of the proposal. He liked the idea of having a Hawaii local do the photo shoot since they would have the best idea of how to make their pictures meaningful and capture the best of the islands. Alex explained his plan to the photographer so they could work out the details of how to capture the moment on camera.

Everything about the trip went better than Alex could have imagined. The first few days they spent together just like they were on vacation, though all the while Alex kept checking to make sure the proposal ring was safe and ready. Finally, the day came; Alex and Carly visited the coveted Hanauma Bay to go snorkeling, and then they headed back to their resort. That evening Alex suggested a walk on the beach, and Carly agreed, excited to see the beautiful sunset colors over the Pacific. Little did she know a private photographer was waiting in place for the moment Alex got down on one knee.

Everything went perfectly. Alex and Carly walked to the place Alex arranged for the photographer to be waiting, then turned to Carly and knelt down to present her with the ring and formally ask for her hand in marriage. The expression of surprise and joy on Carly’s face was caught in a perfect shot by the photographer, as well as the special kiss the couple shared after. Alex revealed the vacation photographer to Carly, and she was delighted that the moment on the beach would not ever be lost. Together, the three then planned how to spend the following day to do a proposal photo shoot to capture other sites and memories on the islands now that the most important moment had been captured.

Carly and Alex came back from their vacation newly engaged, Carly happily wearing the elegant ring Alex had picked out for her, and both of them able to share the special proposal photographs they had from their trip.