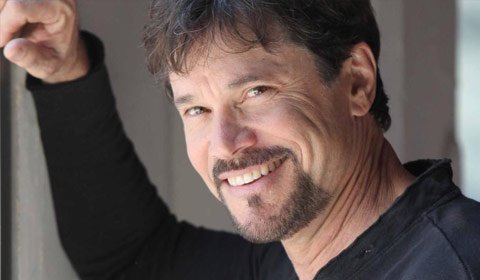 Peter Reckell Returns To The Fantasticks After 35 Years

Peter Reckell Returns To The Fantasticks After 35 Years 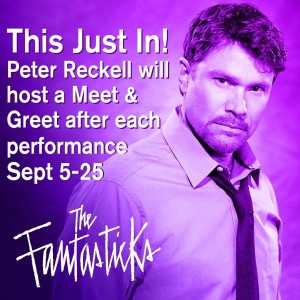 Peter Reckell, the Emmy nominated actor is best known for playing Bo Brady, a role he originated in 1983 on the NBC drama “Days of Our Lives.” Mr. Reckell is returning to his New York theatrical roots as El Gallo in the long running musical The Fantasticks in a limited engagement that begins on September 5 and runs through September 25th. 35 years ago Reckell, played the role of The Mute and Matt the in the Sullivan Street when he was first starting out. 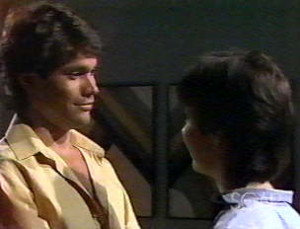 In As the World Turns

Peter made his network-television debut in 1980 as Eric Hollister on “As the World Turns.” He then played Bo on “Days of our Lives” from 1983–87 and later from 1990-91. He returned to the role of the rugged cop for the third time in August 1995, but departed the role again in October 2012. He returned again last fall and died in the arms of his great love, Hope. During part of his absence from Days, Reckell starred in the role of Johnny Rourke on the primetime series “Knots Landing.” Among Reckell’s stage credits are Moonchildren, Pirates of Penzance, Jesus Christ Superstar, Guys and Dolls, Love Letters and Death Trap. His feature film credits include Rustam Ibraguimbekov’s Broken Bridges, which was filmed in Russia. On May 14, 2009, twenty-six years after his debut on Days of Our Lives, Reckell was nominated for his first Daytime Emmy Award for Outstanding Lead Actor in a Drama Series. 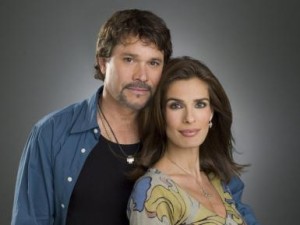 T2C had a chance to talk to the actor as he was camping with his family.

T2C: How did you get started?

Peter Reckell: I had a music teacher Steve Benson in Michigan who believed in me. He cast me in West Side Story, where I played Tony in high school, Baby John in dinner theater and Riff in New York. I was also cast in Oklahoma.

T2C:How did you get started in Soap Opera’s?

Peter Reckell: When I was young and starving my manager said to me why don’t you do TV and at 22, I was cast in “As The World Turns.” I stayed with them for 2 years and was going to move to California when I got cast in The Fantasticks. I spent two weeks playing the mute and two weeks playing the Boy.

T2C: Where did you career go after that? 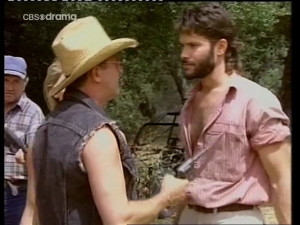 Peter Reckell: “Days of Our Lives,” Four years of “Knots Landing” and in-between I performed at the Sacramento Music Circus doing Pirates of Penzance and Seven Brides For Seven Brothers.

T2C: Why do you love acting on stage?

Peter Reckell: Acting is pretending and that is kinda of the best theatre. You play to new audiences overnight.

T2C: What will you bring to the role of El Gallo?

Peter Reckell: Coming back to the show, you know what the world is like. Maturity brings that to this role. It requires it.

T2C:  Are you planning on doing more theatre?

Peter Reckell: Will see once I start working.

T2C: Are there any roles that you would like to take on?

Peter Reckell: As I grow older I look forward to playing all the male roles in The Fantasticks. My daughters favorite song is Plant a Radish so doing the fathers would be fun and the old actor is just a hoot.

T2C: What would you people to know about you?

Peter Reckell: I love being a dad. I am so enjoying it. It is the best role, it is exciting, rewarding and difficult. I spend 6-8 hours with my daughter Loden who is eight and that still is not enough.

T2C: What would you like your daughter to be?

Peter Reckell: I want her to be free to be whatever she wants and I would like to give her the tools to be herself.

T2C: How did you get cast as El Gallo?

Peter Reckell: This came out of the blue.

T2C:  What would you like our readers to know about you?

Peter Reckell: I love the universal message. I portray the message that life is hard, but those bumps make us better people.