Phillipa Soo Rocks The Town Hall at Broadway Stands Up for Freedom at MY BODY MY BUSINESS! 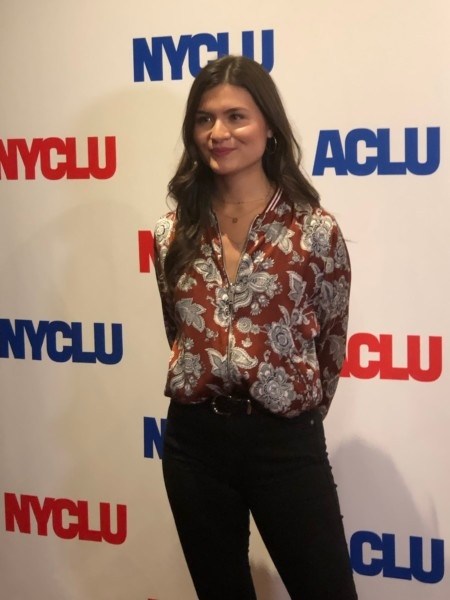 Phillipa Soo Rocks The Town Hall at Broadway Stands Up for Freedom at MY BODY MY BUSINESS!

The theme for Broadway Stands Up For Freedom the largest single fundraising event for the NYCLU and the ACLU was MY BODY MY BUSINESS!. Started seventeen years ago, Broadway Stands Up For Freedom was created by aspiring musical theater actors to highlight social injustices and civil rights issues through song and spoken word. Each year, Broadway’s best illuminates the NYCLU’s and the ACLU’s wins for civil rights and liberties and the struggles that must continue.

Phillipa originated the role of Natasha of Natasha, Pierre & The Great Comet of 1812, Elizabeth Schuyler in Hamilton and the title role in Amélie. She made her TV debut in the fan favorite Smash, and now the Tony nominee returns to the screen in CBS‘ The Code, a new courtroom drama that follows Marines who also work as attorneys, prosecutors, and investigators. Soo plays Lieutenant Harper Li, a new Marine struggling to prove herself to her colleagues and family. The Code is on CBS at 9/8C

Suzanna BowlingJanuary 30, 2023
Read More
Scroll for more
Tap
Raúl Esparza Turns Up The Heat in Theresa Rebeck Seared
“Forgiven” From Jagged Little Pill Gets Debuted By Carrie Manolakos at Broadway Stands Up For Freedom MY BODY MY BUSINESS!