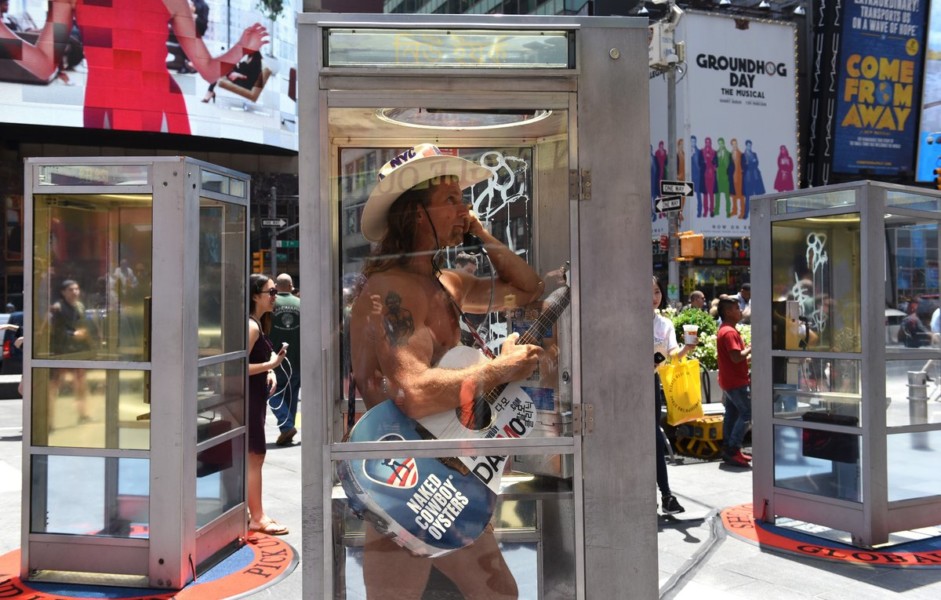 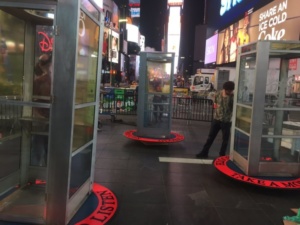 “Once Upon a Place,” was created by Afghan-American artist Aman Mojadidi. This new art installation at the Crossroads of the World gives passersby a chance to hear the immigration tales of New Yorkers from across the five boroughs, thanks to three “repurposed” telephone booths at which visitors can pick up the receivers and hear stories told by those hailing from countries including Bangladesh, Ireland, Mexico, Yemen, Ghana, Russia, Tibet and more. Over 70 oral histories can be heard. The participants represent more than 3 million foreign-born residents. 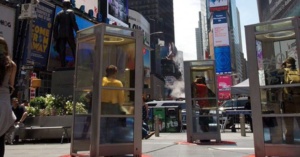 Mojadidi recorded the stories during his time as an artist in residence with the organization. “I wanted people to understand, again, and realize once again that cities like New York are actually built largely by the immigrants who come there, work there settle there, live there, and that none of that should be anything that’s feared, but something that is actually celebrated and encouraged.”

The installation is “I think Times Square Arts has never done a project which is more timely, more important and more powerful. This is incredibly central and incredibly important in light of President Donald Trump’s travel ban implementation and other recent events, Times Square Alliance president Tim Tompkins added.

The installation will be on display in Duffy Square, at West 46th Street and Seventh Avenue, until Sept. 5, Times Square Arts said.