Attending a Pink Martini concert is like being invited and attending the best party in town. The Portland Oregon orchestra played two nights in New York, one night at  Le Poisson Rouge and one night at The Town Hall. The reason for this new tour is Pink Martini’s, release of “Je dis oui!” (Heinz Records). Thomas Lauderdale’s big band/little orchestra explores songs from Armenia to Portugal, with a few originals and American standards like “Love for Sale.”  NPR’s Ari Shapiro helped out on “Ov Sirun Sirun,” said to be most famous folk song from Armenia. This tearjerker about unrequited love, was heartbreaking. 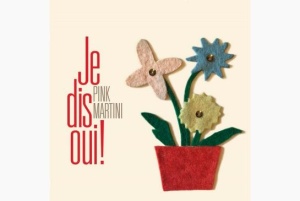 On the album Rufus Wainwright sings “Blue Moon,” as songs from Turkey, Iran and Lebanon fill out the set list.

I was one of the lucky attendees at Le Poisson Rouge.  Led by pianist Thomas Lauderdale, Pink Martini is populated with great musicians and singers. Lead singer China Forbes had an array of special guest including: Michael Feinstein, Elmilio Delgado from “Sesame  Street,” also  joined China in a series of duets. Le Poisson Rouge, is devoid of seating, so this took standing room only to a new level, as the audience had to stand. There aren’t many concerts that I would stand two hours for, but Pink Martini was well worth the effort. The evening was topped off with China Forbes singing “Brazil” and  percussionist and singer Timothy Nishimoto leading a conga line and the audience following him around the room. It was a magical night, not to be missed.

WriterSeptember 25, 2022
Read More
Scroll for more
Tap
My View: The Only Way To Get A Ticket Is To Dress Like This And Stand In Front Of Carnegie Hall
The Stars Come Out For Rose