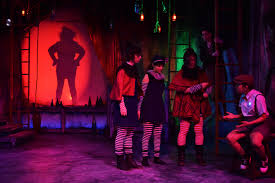 When the invitation arrived to attend the latest incarnation of Pinocchio, I must be honest, “I’ve Got No Strings” began to reverberate in my head. I make no apologies for being reared on those animated Disney classics. Imagine my surprise upon attending this inventive collaboration between Chicago Children’s Theatre and Neverbird Project, a youth-based artistic home who uses “American Sign Language, spectacle and wonderment” to tell their stories. This certainly was not the Disney marionette who wanted to become a real boy story I recalled from childhood. First, this tale was presented much darker, more to the tune of following Carlo Collodi’s 1881 newspaper serial titled “The Adventures of Pinocchio” and second, the cast included a troupe of both Deaf and hearing actors, in a wide range of ages, performing the story. The Deaf and hearing integration didn’t distract at all from this tale of love, loss and growth in any way. All involved were able to artistically coexist in the most magnificent of ways. Directed and written by Levi Holloway and Katy Boza with additional ASL direction by Matt Anderson, this ode to inclusivity was never accomplished at the expense of telling a compelling story. Staged in The Pritzker Family Studio Theatre at The Station, this creative marriage between the Chicago Children’s Theatre and Neverbird Project was a match that quickly proved heavenly. 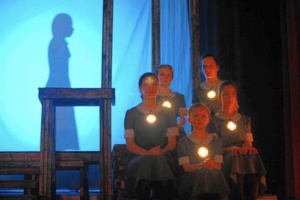 The story began with a curious fairy named Blu (Haley Bolithon) who wanted to “share her light” back down on earth. It would appear Blu was now a star up in sky, a prematurely extinguished life now morphed into a heavenly guide. She herself longed to once again experience the pure gift of human connection. Upon returning to the land, Blu quickly happened upon a puppet, Pinocchio (Julissa Contreras) and a plucky talking cricket (Sarah Cartwright) who was not long for this world. Yes, this Pinocchio was quite mischievous and quickly and instinctively squashed the bug. Spending the rest of the performance as a “ghost cricket” permanently “tethered together” with Blu. As a reminder, I did state the children’s literature from which this play was based was a little darker in tone than that reimagined by the people at Disney. Also, in this incarnation, the overly protective Geppetto (Chris Chmelik) was nursing a broken heart of his own, after losing his beloved wife. Their backstory romance played out over songs “Fly Me To The Moon” and “God Only Knows (What I Would Be Without You)” with lyrical choreography and music direction by Nicole Lambert. Defying Geppetto’s instructions, Pinocchio swiftly found himself trapped by the nefarious Redd (Mary Williamson) and was put to work in her traveling modern dance puppet show. This villainous vixen intimidated without ever uttering an audible word. Making the most of her Charlotte Mae Ellison designed costume, this “Cruella” proved quite the devil.  With the help of her mouthy and defiant marionettes, Pinocchio escaped Redd’s clutches only to then discover Geppetto had been swallowed up by a whale. Being this is a children’s show on a strict budget after all, the whale was created utilizing various sound effects and lighting techniques designed by Jeffrey Levin and Claire Chrzan, respectively, as well as requiring a healthy dose of the audience’s collective imaginations. 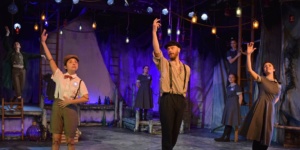 Poignant and appealing, this Pinocchio offered a pointedly original spin on a often told story. The integration of the Deaf and hearing actors was seamless is a presentation that didn’t scare away from its own darker subject matter. Instead of glossing over the reality of grief and sadness, this production welcomed it with open arms and journeyed through it, heart first, until it came out on the other side. By no means is this performance too dark for children. It is also not high gloss Barbie pink either. Existing on a plane of consciousness of grand imagination, this show was played inherently grounded. Well, as grounded as a walking puppet with no strings could be. Intentionally electing to make the central character, Pinocchio, hearing impaired may very well be the first exposure young children have to the Deaf. Much like Sesame Street recently deciding to include a new puppet with Autism, the arts is a wonderful place to reflect different and congruent realities back to the world. Successfully corroborating in a way we all “got no strings” when it comes to shared experiences and notable creativity.

Chicago Children’s Theatre’s Pinocchio is now playing through May 14, 2017 at The Station 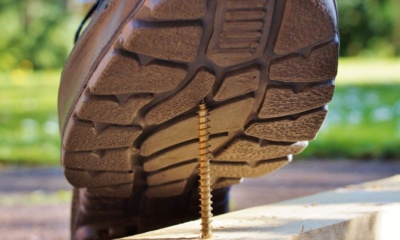 How to respond if you suffer a personal injury 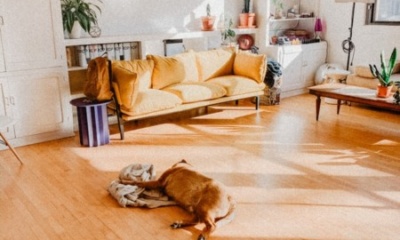 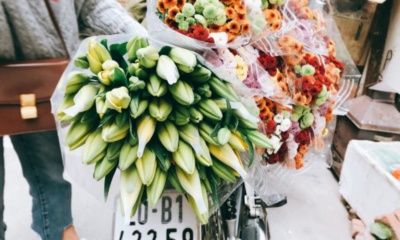 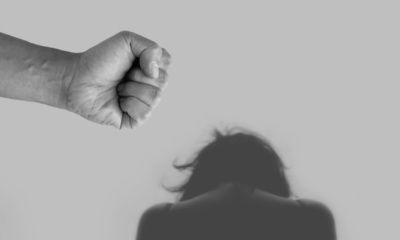