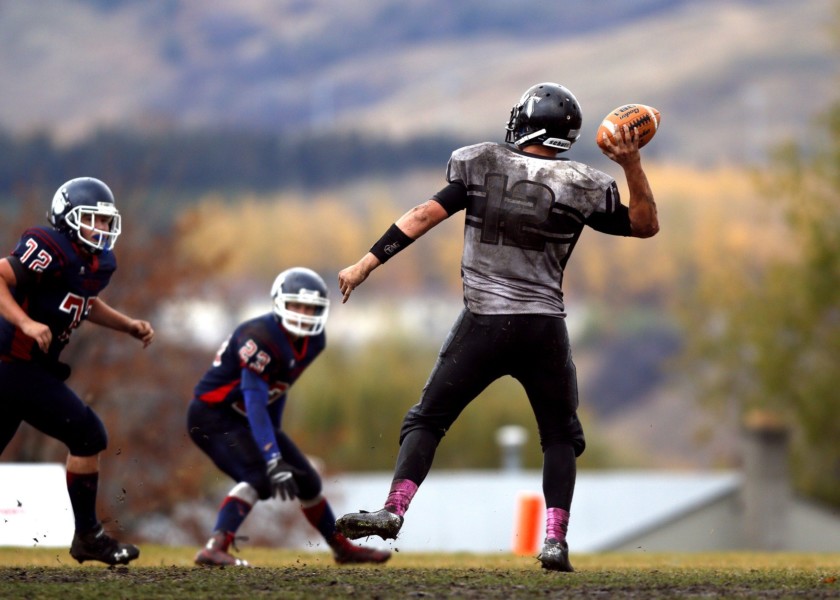 As we anticipate the 2023 NFL Draft, this article looks at the top four quarterback options every Pittsburgh Steelers fan should watch out for.

With the 2023 new NFL draft approaching and with the recent headlining of Kenny Pickett as the 20th overall, the Pittsburgh Steelers may not enter the market for a quarterback signing at the moment. The squad could learn to manage and be content with him while seeking to grow other areas of the team’s strength.

On the other hand, the quarterback class for the upcoming 2023 NFL Draft appears to possess plenty of qualities that could be picked in the first round. Many players are also beginning this college season with high expectations to become the best in their class. If all of these players — including the honorable mentions, do well in this strong season, five quarterbacks or more might be selected in the first round.

There is always room for improvement, and no chance is taken when dire implementations are needed for team coordinators to increase their chances of winning. In this article, we’ll look at the list of some upcoming quarterbacks the Steelers fans need to watch out for in 2023. The discoveries in this article will help focus on these players in preparation for the following year’s draft picks. Also, it could help punters make the right decision when making NFL bets. Let’s get to it.

The best quarterback prospect overall going into this season may be C.J. Stroud. More important than anything else, those who historically have been the finest players in the league are what you want in any player occupying the QB position today. Only if the Steelers defense were one of the top five team picks in 2023 would Stroud be the perfect choice for them.

This Ohio State star had a big year in 2021 and quickly took over Justin Fields’ responsibilities. Stroud reads the field exceptionally well as a passer and is accurate, aggressive, and eager to target the middle of the field.

Furthermore, he put up impressive numbers for the Buckeyes, completing 71.9% of his passes, registering 44 touchdowns, while throwing only six interceptions throughout the entire season. The lad pulled off 63 of 73 passes and 11 touchdowns for 793 yards against Purdue and Michigan State during two weeks last year. He had five games with five or more touchdown passes the previous season.

With the outstanding receiving corps his college now has on the roster, he is poised for another fantastic season that could propel him into the Heisman discussion. The onus will be all on him to deliver; hence Stroud ought to be the first pick among all the quarterbacks selected.

When comparing most of the talents in the QB position for the 2023 NFL Draft, Bryce Young and Stroud are arguably the best. With the Steelers’ current offensive system under Matt Canada, Young would fit in well.

Excellent decision-making skills and accuracy are two of the main features the lad possesses. These traits set him aside from every other individual in the coming 2023 QB class. It’s amazing how often he places the ball exactly where his teammates are free to play.

This level of accuracy was unheard of in 2022 quarterbacks. However, his physicality sits him here at number two, but he still has a shot at unseating Stroud as the starting quarterback. Young now has significant game events on his resume, something most of the players in this class do not.

As a starter at Alabama, he has not yet won a national championship, but there’s bound to be a difference this year. He already holds the Heisman Trophy and intends to finish his illustrious collegiate career on a high note.

Tyler van Dyke, arguably the NFL’s favorite competition, physically and mechanically resembles Carson Palmer. Van Dyke has solid arms and a particular way of placing the ball. He knows the outstanding talent around him, so he uses the benefit to his advantage.

He could demonstrate at any time some crazy arm power, but he also understands his ability to send the ball where it’s supposed to set him apart. He doesn’t attempt to play the hero. He merely places the ball in the hands of his playmakers and watches them get the points.

As the Miami Hurricanes prepare for the 2022 season, the media is paying close attention to this particular player. He embodies the traditional quarterback method of keeping the ball in the pocket while releasing it.

In terms of size and build, he matches the profile most NFL teams seek in a franchise quarterback. He must perform better this year because his previous season was a promising beginning, and if he gets things right, we may see a better pro player than the one we saw in college.

Sitting as the highest ranked quarterback senior on this list is Will Levis, who appeared out of nowhere in 2021. He thrived in the offensive system, which helped him finish last season as one of the country’s top quarterbacks. After transferring from Penn State, where he served as a backup, he and Kentucky had witnessed a comeback together.

Levis is a player akin to Tim Tebow in that he runs with the ball and isn’t afraid to make contact, but he throws the ball with better mechanics. Although it’s not the best player comparison to have, it makes sense when you observe Will Levis at this moment as both a quality passer and runner.

It will be challenging for him to build on what he accomplished last year since his tactical coach moved on to a new opportunity and replaced him with another NFL-level coach.

With Kenny Pickett and Mitchell Trubisky, the Steelers appear to be in fine condition for the time being. Therefore, finding a quarterback may not be high on their priority list until the next summer.

However, the first round of the draft may be loaded with talents, so making a choice might be necessary. It’s only best if the fans know the best possible options, and the players above are some of the best available at the moment.