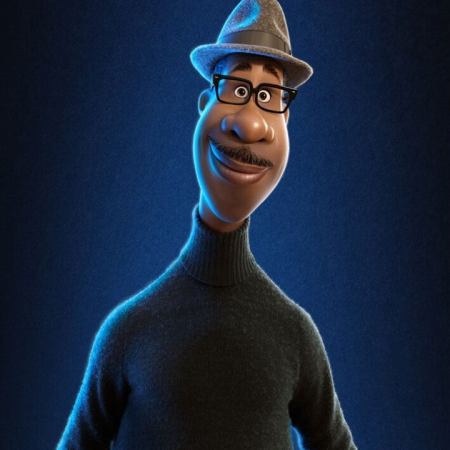 It all starts with the rhythm of jazz, and takes you through, beat by beat, the existential human crisis and beauty that only a Pixar film can find and deliver. Just like they did with the almost maddeningly good  Inside Out, they give you a mind blowingly detailed reality, and then throw you off the pathway into another dimension to give meaning to our struggle and existence. Simple stuff, and not at all, in the dreamscape of this jazz-loving music teacher, Joe Gardner, who has his big time jazz shot at the greatness that he has always believes lies inside. His instructed melodies aren’t perfect when we first encounter the man, but the passion and art exist almost intuitively inside the man. He is leading his middle school band of students through a number that would be painful to the ear of my own jazz-loving father, but there is also that thin thread of meaning and engagement that transcends it all. It’s in that discordant moment, beautifully enhanced by Jamie Foxx’s impeccably well-crafted vocal performance as that teacher, that the soul of Pixar/Disney +‘s Soul finds its after (and before) life bliss. Without that first encounter and that delightful trombone player, this truly ambitious piece of movie musical magic, centered on the task of finding your purpose in life, would not rise to the level of genuine power that it does so brilliantly at every well played half note.

“Today started out as the best day of my life.” And just like Joe’s momentary exuberance, we have begun to expect nothing but the best from Pixar animation. This dreamy tale of metaphysical purpose and meaning finds its leap of faith in its dynamic perfection, entertaining us as wildly as it does enhancing our soulful understanding of what might lie in wait for us in the great beyond and before. It’s a beautifully created tale of a music teacher who sees his dream gig up ahead of him one day, the moment he thinks he’s been placed on this planet for, but then, just as quickly, has his life snatched away in an instance of distracted joy. From that point onward, Soul digs into a rapturous litany of ideas and concepts about personality and the meaning of life so magnificently, without ever losing its sense of fun, adventure, humor, and conceptual uniqueness. So many formulations are tossed forward that it’s hard to fathom the impossibility of it all as quickly as it is delivered to us on a existential platter. It also finds its own impressive musical rhythm that never lets up, giving us just enough of the tinkling of those precious ivories to inspire, and carry us through to the great unknown and beyond.

Soul teases Joe with his musical dream at the legendary Half Note (a venue I fondly remember taking my dad to during one of his visits to NYC). It exists right there before him, after one quick call from a former student and an audition for the chance to sit in and play with the majestic, solidly-constructed jazz saxophonist Dorothea Williams, voiced to perfection by Angela Bassett. The music, both technically and artistically, sings so well that we all just want to join Joe in his heavenly trance. He loses himself in the music, just as quickly as he loses his place on this planet. He finds himself on standing squarely, and glowingly, on a grand moving sideway to the great white light of the afterworld. But he’s not done yet, he proclaims, stammering with dread that he is not ready to give up on his dream, especially as it is so close within his reach. He runs the other way, through the resigned masses, only to find himself trapped in the Great Before, and assigned, quite accidentally, to help mentor a difficult young soul in her journey to the beginning.

It seems that these young effervescent bubbles are souls trying to discover and fill out their assigned individual personalities, quirks, and interests before jumping off towards their new life on Earth. Joe’s assignment is with soul 22, magnificently voiced by the brilliant Tina Fey, who, no surprise here, delivers the wry weariness of a young creature who doesn’t want to journey down to the real world. 22 has had numerous mentors before Joe, including Gandhi, Lincoln, and Mother Teresa (“I made her cry”), but none have found a way into the spark that would enliven 22. “Look, I already know everything about Earth, and I don’t want anything to do with it.” It’s very clear what’s going to happen here, but the way forward is impossible to foresee, even for this jazz cat. Joe needs 22 in a different way than the others. He needs 22 to find her spark, to find the beauties of life “like pizza“, so she can help him get back to his body and to dive into the chance of his lifetime, and if that fails, Joe doesn’t quite know what he will do.

Co-written and directed by Pete Docter, alongside co-director/writer Kemp Powers, Soul finds its heart and, ummm, Soul in the constructed ideas of personality and meaning, while connecting to our inner dreams and trusted desires. Life, Soulbelieves, has to have more in its core than haphazard chance or simplistic ideals. Delivering its way through some pretty convoluted narrative dimensions, a line drawn character by the name of Terry, miraculously voiced by Rachel House, tries hard to re-right the wrong in the forever counting, to get to an ending that is engineered for greatness without being thrown into the void of the ridiculous. And just like they did with the masterpiece Up, Pixar unpacks as much beauty in its earthbound reality as it does in the abstract otherworld. It’s in that strength that the clarity of vision truly resonates.

“OK, I get it.” Soul is as much a treat for the ears as it for the eyes. There’s emotional beauty in Joe’s dream and his heartfelt fingers playing music that transports us all to another dimension, and then, we are given a trippy view into what that world might look like when we lose ourselves in our magic. It’s wildly fun and strange, giving us a bit of Gilliam’s Baron Munchausen, inside a whirlwind of epic drawings of abstractionism, reminiscent of Picasso and his otherworldly musical creations. The original score by Trent Reznor and Atticus Ross, alongside the jazz compositions and arrangements of Jon Batiste (house-band leader for Stephen Colbert’s The Late Show), find that added slice of magic that makes “all this living worth dying for?” Soul treats us to its reason for existence and desire for life, striking just the right half note on a magnificently performed piece of music at a legendary jazz nightclub, one my music loving dad would be ever so happy to fall into.