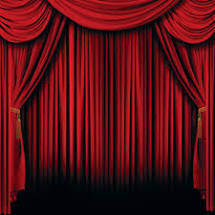 On Monday, March 8th, Broadway playwright Jeremy O. Harris announced on Twitter that he had won the 2020 Tony Award.

This stunning announcement was immediately picked up by Broadway Briefing.

Because the Tony voting is currently in progress until the 12 noon Monday, March 15th voting deadline, one can only wonder if Mr. Harris has a crystal ball.

As it turns out he doesn’t, but what he does have is NY Times Columnist Ben Smith, who according to Mr. Harris, told him earlier on Monday that he had won.

So, either Mr. Smith is the one with the crystal ball or has a source at the Broadway League or the American Theatre Wing.

Either way, this very exciting and early announcement was covered by Broadway Briefing on Monday, March 8th.