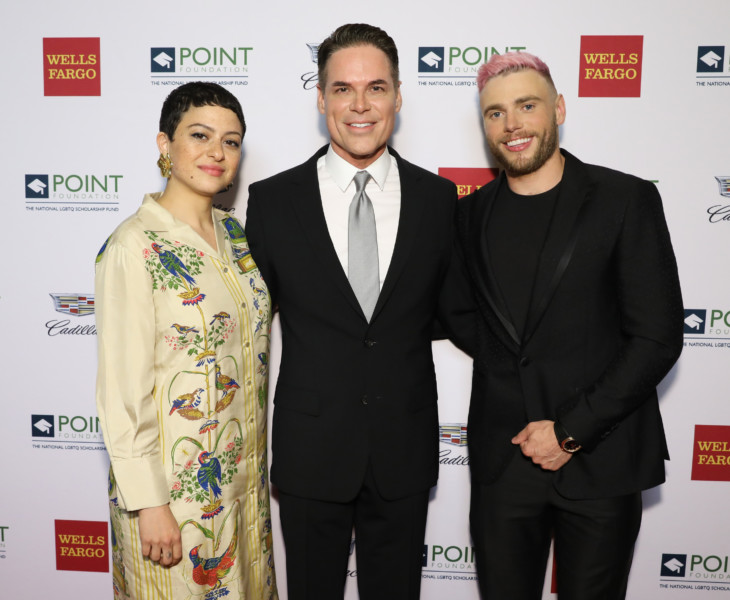 On April 8, the incredible Point Foundation held their annual Point Honors gala to recognize leaders in the LGBTQ community and celebrate scholars and alumni.

The epic night at The Plaza was sponsored by Cadillac. The celebration brought hundreds of guests to tears as equally as heartfelt laughter as outstanding individuals were honored for their incredible accomplishments.

The athlete emotionally told the crowd that his personal story of coming out was a journey with a purpose. He could not deny the fact that more than ever the world was in need of acceptance and understanding.

Actress, writer and advocate, Alia Shawkat, happily accepted the Point Horizon Award as she thanked the crowd with gratitude for having a platform to express herself freely and without opposition to her beliefs.

Cadillac was a proud sponsor of the night that empowers promising LGBTQ students to achieve their full academic and leadership potential — despite the obstacles often put before them — to make a significant impact on society.

The Foundation promotes change through scholarship funding, mentorship, leadership development and community service training. Point Scholars and Alumni have a proven track record of leadership and scholastic achievement along with a strong desire to make a difference in the world.