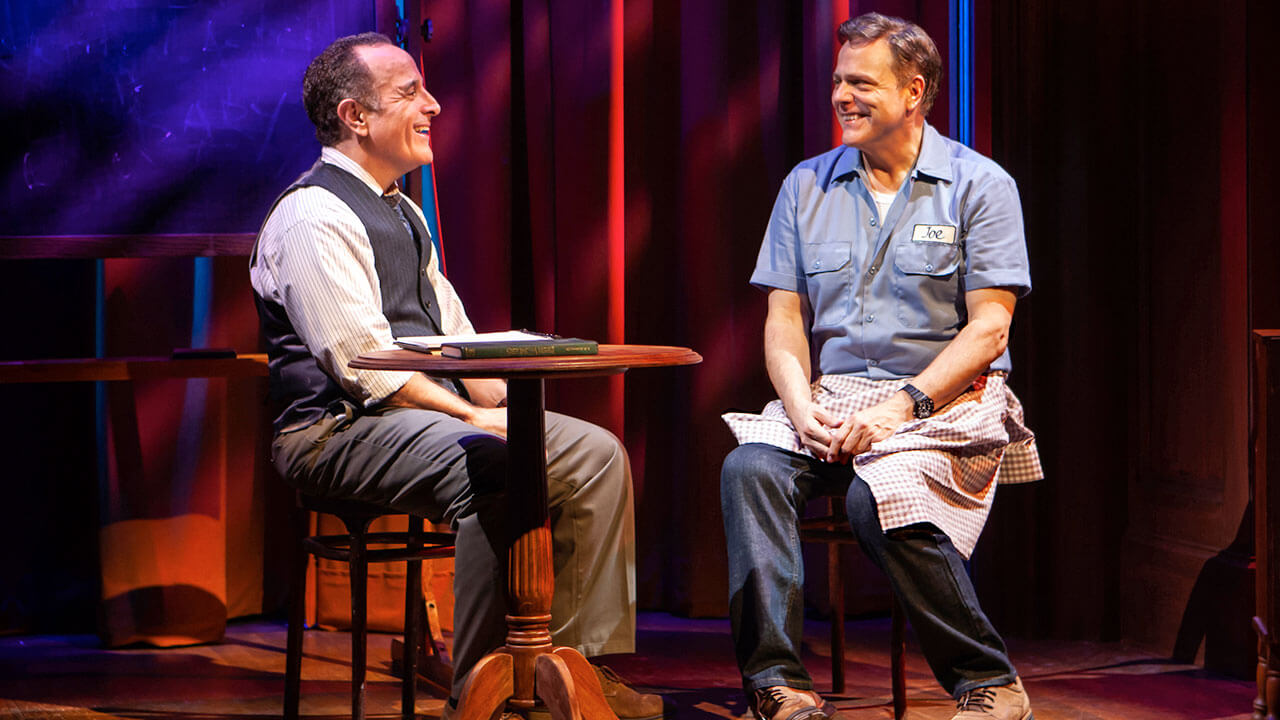 Popcorn Falls – Where the Kernels Have it

Popcorn Falls – Where the Kernels Have it 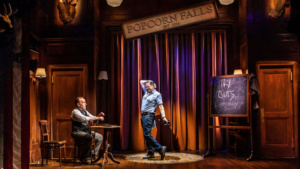 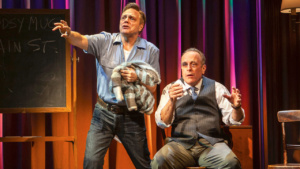 This tale of a town on the verge of extinction is told by two brilliant, chameleon like actors: Adam Heller and Tom Souhrada, who take on 24 roles.

We follow as Mr. Trundle, the mayor of Popcorn Falls (Heller) and Joe, the custodian (Souhrada), are holding a town meeting, expecting on a large check from the neighboring town’s mayor. Their namesake waterfall has dried up and they are on the verge of bankruptcy thanks to that same town who damned up the river. But instead of a check, the bordering mayor wants to get rid of everything and turn the towns inhabitants into slave labor for a sewage treatment plant. He is pure evil intent on destroying the town. The only thing that can save this tiny town is if they put on a play. It seems there is a check for this; however, there’s one problem. The townsfolk, who prefer to be called “kernels”, have no play, no actors, nor a theatre. But that does not stop them…. no. Not even if they have to play all the characters themselves. 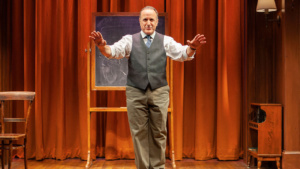 We end up meeting through Heller who mostly plays the mayor, a buttinsky mom, an elderly Astaire fan, Trundle’s estranged wife, and an unforgettable monocle-wearing mortician. 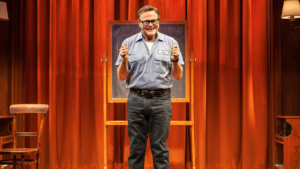 Souhrada takes on the love interest Becky, the single mom, a not-so-trustworthy sheriff, a chain-smoking Bea Arthur-like Mrs. Step, a school teacher, her lover-turned-nemesis Floyd, the one-armed lumberyard owner, a clueless teen girl, a county official and his assistant, and a six-year-old girl. 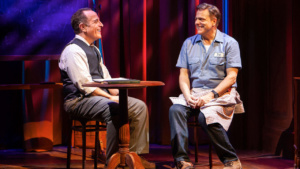 This show is touching when Mr. Trundle, who falls for Becky, finds out she was left at a bus station years ago by her boyfriend, Joe. Everyone in this town has a story that could stand on its own.

Heller and Souhrada give you rapid-fire, whip-smart comedy. They both shift effortlessly between the characters, with Souhrada taking on the bulk of the character work.

Christian Borle really understands comedy and the precision it takes to pull this off. Not one move or line is not carefully framed and executed. The set design by Tim Mackabee, costume’s by Jospeh La Corte, lighting by Jeff Croiter and original music by Jeffrey Lodin are perfectly thought out.

I was laughing so hard I left the theatre with a wet face, as did my friend who thanked me profusely for bringing her to something that let her forget, let go, and enjoy herself.

If you ever saw 39 Steps, orThe Absolute Brightness of Leonard Pesky and loved them, you will love Popcorn Falls.