Poppy Haviland & The Secret of The Lively Widow Gets Book Release 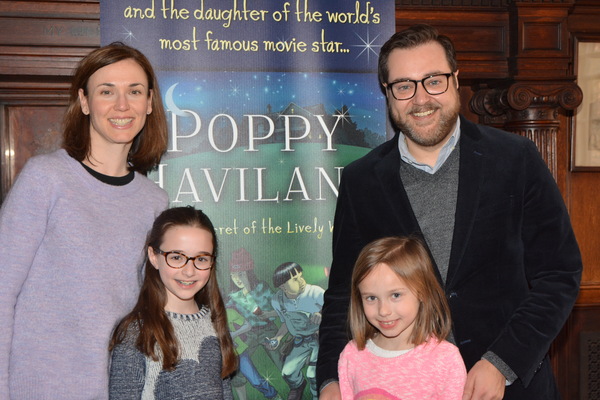 Poppy Haviland & The Secret of The Lively Widow Gets Book Release

In Poppy Haviland & The Secret of The Lively Widow, the curtain opens on twelve-year-old aspiring actress Poppy Haviland’s unexpected move from the bright lights of Broadway to a small town upstate, where the sudden appearance of her superstar mother takes the community by storm. While avoiding the ensuing chaos, Poppy discovers an old map hidden within her historic lodgings, and the adventure-seeker recruits her dearest old friend and the peculiar new neighbor boy to help her solve the document’s clues which claim to point towards a legendary hidden treasure. The trio learns that their town was a key terminal on the Underground Railroad – the illegal passageway to freedom that played a major role in the termination of slavery in America – and that Poppy’s family could have played an important role in that history. Will their efforts result in the discovery of the rumored, long-lost treasure, or will Poppy be relegated to a life sentence in her mother’s impenetrable shadow?

“Our book is a contemporary middle grade adventure novel that takes place against the backdrop of fame; specifically being the child of a famous parent. Finding your place in the world is difficult enough for a twelve-year-old, but doing so while standing in the shadow of a giant is just unfair,” explains Michael.

“It was also fun adding a treasure hunt based on real history like we all learn in school. Including the historical figures from The Underground Railroad adds realism to the story. Like the “National Treasure” movies, but with a sprinkle of my dad’s favorite “The Goonies” too,” added Annabel.

Speaking about the inspiration for their book, Michael says: “I started this story right when we learned my wife was pregnant with Annabel and our doctor explained that she just about the size of a poppy seed. Because of other responsibilities and projects over the years, this project was lovingly put in a drawer for a bit. On her 8th birthday, I presented voracious reader Annabel with a draft of an unfinished manuscript, and a letter asking her if she’d like to take on the project with me during her summer school break. Amazingly, when she did, the story was transformed, and the character of Poppy was finally given a voice that felt authentic.”