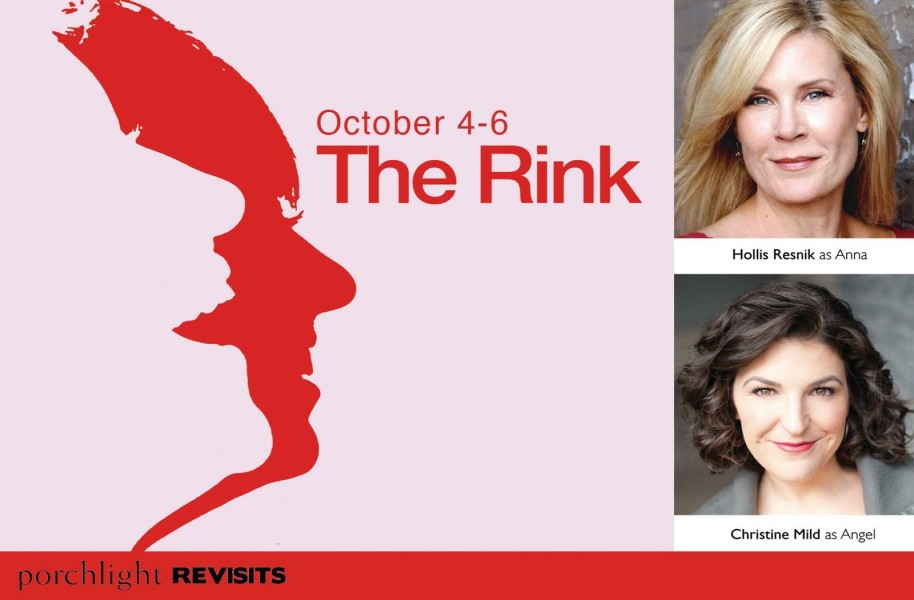 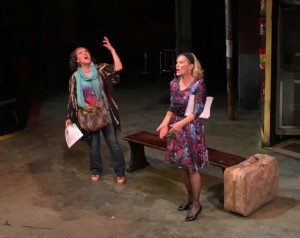 I have to hand it to the Porchlight Music Theatre company. They are about the only ensemble here in Chicago that regularly ”dusts off” long forgotten musicals and remounts them for an audience which would otherwise only experience these classics by listening to the soundtracks or viewing repeated PBS specials. Their latest presentation is the 1984 musical The Rink, a tale of familial reconciliation set against the backdrop of a dilapidated roller rink. The original book was written by then newcomer, Terrence McNally, and featured music by John Kander and lyrics by Fred Ebb. This show was the 10th collaboration of Kander and Ebb and it debuted to decidedly mixed reviews on Broadway, February 9, 1984. The Rink ran for 204 performances, due in large part to its two prolific stars, Liza Minnelli and Chita Rivera. Rivera went on to win both the Tony and Drama Desk Award for Best Actress in a Musical, while Liza, also nominated for each award, ended up walking away from the show and checking into the Betty Ford Center in Rancho Mirage, California, to battle her own personal addictions.  Many questioned the casting of glamour gal of the time, Minnelli, as an overweight, hippy flower child, however everyone agreed Rivera nailed the role of the strong yet vulnerable mother. Perhaps Liza saw her own tempestuous familial relationships played out in the script and that is what drew her to the project? 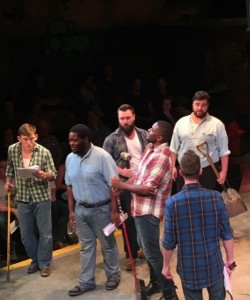 Fast forwarding to fall 2016 and Stage 773 played home to this remounted piece. Directed and choreographed by Christopher Pazdernik, with musical direction by Ryan Brewster, the cast featured the always enchanting Hollis Resnik as tough talking mother Anna Antonelli, and the enigmatic Christine Mild as her defiant daughter Angel. These two are reunited while wrangling over a ramshackle roller rink, housed on a way-past-its-prime seaside boardwalk. Anna has sold the property and is anxious to retire to Florida.  Angel unexpectedly returned home, ready to plant some roots and reconnect with those she left behind. In-between various monologues and numerous flashback scenes, the score really is quite outstanding. Fred Ebb was even quoted once as saying it was his favorite to write.  The cheeky Chief Cook and Bottle Washer, empowering We Can Make It, and flat out beautiful Colored Lights impressed. The brazenly candid The Apple Doesn’t Fall  united Anna and Angel in song, recognizing the divide between them was not as capacious as they initially once thought. 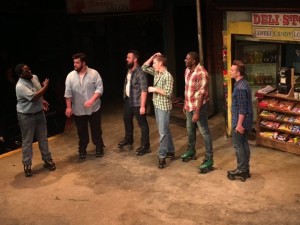 The comical highlight included a team of construction workers on roller skates, appropriately singing the title track, The Rink, waxing nostalgic about the building they are about to collectively demolish.  The Wreckers, as they are called, encompassed a collection of ferocious scene stealers including Paul Michael Thomson, Kyle Ryan, Matt Patrick, Joe Capstick, Jared Michael Grant and Bernell Lassai III. As a bit of added trivia from the Broadway cast, the original company of Wreckers included a pre-Seinfeld  Jason Alexander and a pre-Oscar winning director Rob Marshall.  Not to shabby a supporting cast. 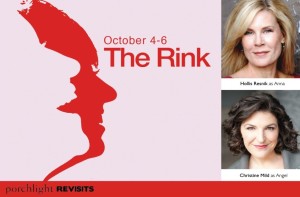 As I sat watching this reading, it was clear to everyone in the audience the appeal of the original had to be the collective box office draw of the two iconic stars, Liza Minnelli and Chita Rivera. I couldn’t help but also question the legitimacy of casting Liza as a flower child? This was stunt casting at its finest, more concerned with filling a marquee full of star wattage than honoring the script. Even for 1984, the book’s language felt dated. The Italian-American mother and her long estranged daughter’s squabbles played out like a basic psychology textbook module. Good thing that magnificent score was continually inserted and such a fabulous distraction from the often preposterous dialog. The personal revelations and obvious reconciliation of the two ladies was imminent from the beginning. Each woman tersely linked through a collection of life choices (and power ballads) as they each forged their own unique way through a man’s world. The actual rink became the arena to which mother and daughter examined their collective past and overcame their awkward estrangement. This coming-to-terms story where both women were growing up marks the end of the 2016 Staged Concerts series.   Up next for Porchlight, Little Me at the end of February 2017.

Suzanna BowlingJuly 28, 2022
Read More
Scroll for more
Tap
From Chicago to Dancing With The Stars John O’Hurley is A Man With Standards at Feinstein’s/54 Below
Being In Love With The New York Pops And Laura Osnes