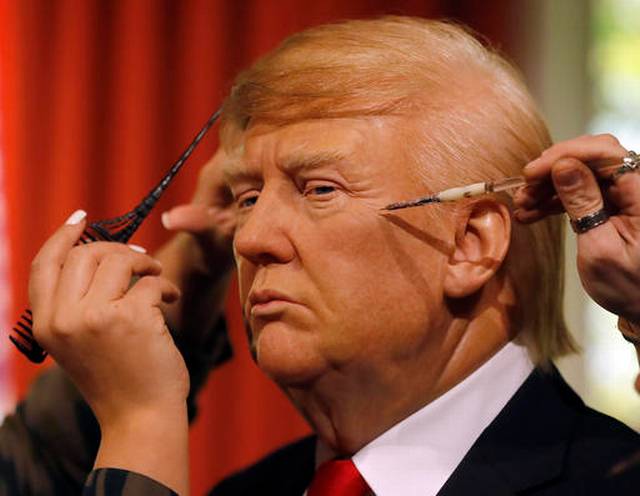 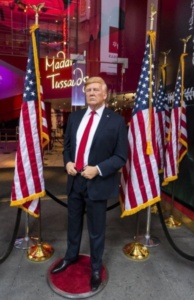 President Donald Trump moved into the Oval Office before his presidency. Madame Tussauds famous for immortalizing the famous in wax, unveiled their figure of the president-elect, who stands proudly in a replica of the Oval Office in London. Trump appears resolute and quite serious. 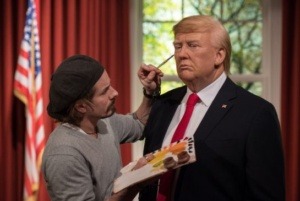 Madame Tussauds locations in New York, Washington D.C. and Orlando also unveiled was figures of President-elect Donald Trump. At Madame Tussauds’ NY, the replica was wheeled off a truck and is on display outside the museum’s Times Square location only an hour before the 45th president took his oath of office.

Based on exact measurements of Trump taken at a 1997 sitting, the model uses yak hair for Trump’s famous comb over and squirrel hair for his eyebrows. “We try to use human hair whenever possible, but to exactly match the color and texture for Trump, we had to use other material — to create as accurate a replica as we possibly could, stated New York museum’s head of marketing, Eric Fluet. The statute took 20 studio artists nearly four months to complete. A pair of museum security guards stand at its side.

Needless to say New Yorkers are not thrilled and tourists are busy taking selfies.

Stephen SorokoffNovember 9, 2022
Read More
Scroll for more
Tap
My View: Christine Ebersole Will Not Be At An Inaugural Ball But She Brought After The Ball To Feinstein’s/54 Below
My View: Stormy Weather Today – Lyrics & Lyricists Celebrate Harold Arlen