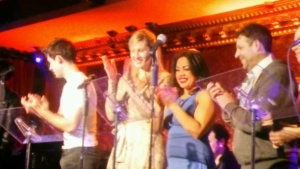 Drawing on extensive interviews and research, The Civilians’ Pretty Filthy explored the real stories of people in the adult entertainment industry. The music and lyrics by Michael Friedman and a book by Bess Wohl were funny witty and tuneful. Last night The Civilians, Ghostlight Records, and Jon B. Platt celebrated the recent release of the  Pretty Filthy original cast recording, with an unforgettable evening at Feinstein’s/54 Below. 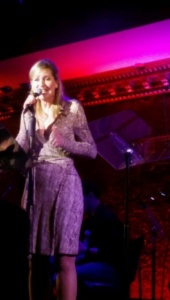 The powerful Luba Mason, showed the audience why she was nominated for a Drama Desk Award in “The First Video Stars.”“We were the first video stars / The first girl-next-door girls.”  (“And God, I was beautiful!”) Nowadays, she plays the cougar and vents her scorn for “This robotic and greedy / Viagra-inspired / Accountant-created and / Media-generated world we made together.” 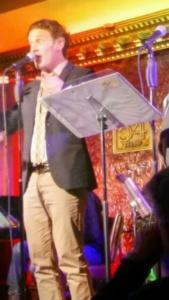 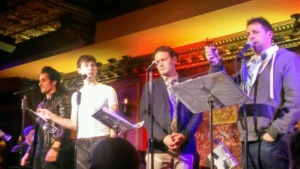 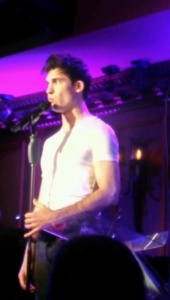 For me “Apple Sauce,” is the second let’s skip song. It is this feel good moment about a married couple having it all in this industry. 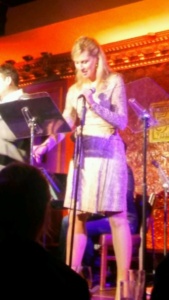 “Beautiful” for me is the reason to buy this album. This haunting recap of an middle age women’s life is captured with perfection by Luba Mason.

Finally the title song “Pretty Filthy,” shows just how relevant the lyrics are to today’s society. Almost all the songs end with witty asides and for those who love musical theatre, this is a definite must own album. It boarders on cult musicals. If this show had been done in the 70’s or even the 80’s it would have run for years, but in a strange way we are more hung up about all of this, than ever. I am also sure somehow this is “Politically Incorrect” and there are those who are waiting to protest!
The recording was produced by Michael Friedman and Kurt Deutsch with Jon Platt serving as executive producer.

Thank-you to the The Civilians, Michael Friedman, Kurt Deutsch along with Jon Platt who produced this lasting memento.

To order the CD, visit www.sh-k-boom.com/pretty-filthy-original-cast-recording.

Stephen SorokoffSeptember 17, 2022
Read More
Scroll for more
Tap
He Says: Everybody: Enough Said is Too Much, and Not Enough
Mark My Words Juan Pablo Di Pace is an International Star Waiting To Soar