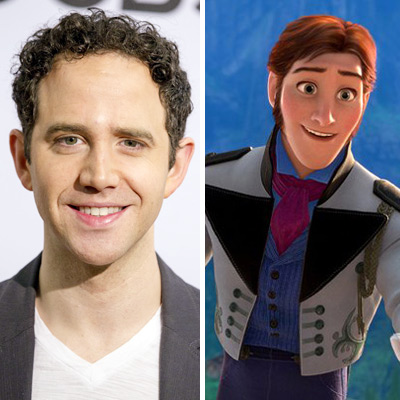 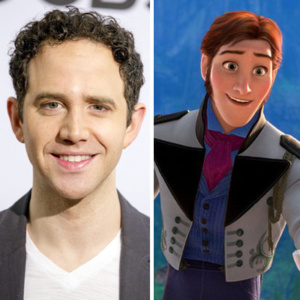 I first met Tony Award nominee Santino Fontana, when he was nominated for a Drama Desk. We were seated next to each other. He had flown in from LA and was jet lagged and did not think he would win. When he did I pushed him out of his seat to pick up his award. Since then Santino has gone on to play in View From The Bridge, The Importance of Being Ernest, Rodgers + Hammerstein’s Cinderella and Act One. On Tuesday march 13th Santino will step into the role of Cornelius Hackl in the Tony Award-winning Best Musical Revival, Hello, Dolly!. Fontana, filling in for Gavin Creel, who won a 2017 Tony Award for the role. Creel will be out of the show during this time as he recovers from back surgery.

“Santino’s an amazing performer,” Creel said. “He’ll be absolutely wonderful in the part.”

The first national tour of Hello, Dolly! kicks off this October in the Connor Palace at Playhouse Square in Cleveland, Ohio, led by Tony Award-winning legend Betty Buckley.

Santino Fontana received a Tony Award nomination for his role as Prince Charming in Rodgers + Hammerstein’s Cinderella, and in 2012, he won Obie  and Lucille Lortel Awards for his acclaimed performance in Sons of the Prophet. Most recently, he starred in God Bless You, Mr. Rosewater and 1776, as part of the New York City Center Encores! series. His other theater credits include Lincoln Center Theater’s Act One, which was also filmed for PBS; The Importance of Being Earnest (Clarence Derwent Award); A View From the Bridge; Brighton Beach Memoirs (Drama Desk Award); Billy Elliot; Zorba; and Sunday in the Park With George. His film credits include the voice of Prince Hans in Disney’s Academy Award-winning animated feature, Frozen, and Sisters, opposite Tina Fey and Amy Poehler. His television roles include Greg on the CW’s critically acclaimed musical comedy series, “Crazy Ex-Girlfriend;” David Saperstein, opposite Jennifer Lopez and Ray Liotta, in NBC’s drama series “Shades of Blue;” and guest appearances on “The Good Wife,” “Nurse Jackie,” “Brain Dead,” “Royal Pains”  and Amazon’s “Mozart in the Jungle.”  He can also be seen in the popular web series “Submissions Only.” As a vocalist, Santino recently performed in such jazz venues as Lincoln Center’s Appel Room and Birdland. As an orchestra soloist, he has sung at Carnegie Hall, the John F. Kennedy Center for the Performing Arts, and with the New York Philharmonic, the New York Pops, and the Mormon Tabernacle Choir. He will next appear on Broadway, starring in the title role of the new musical, Tootsie, with a score by David Yazbek.