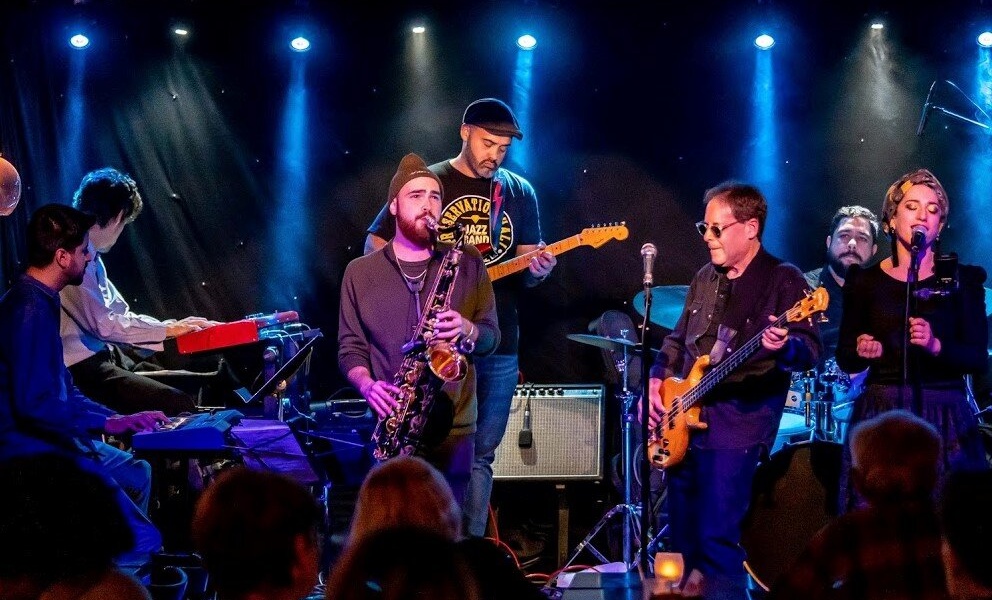 Acclaimed bassist and leader of Project Grand Slam, Robert Miller, has ventured head-long into Beatles territory with his re-imagining of The Beatles’ “I Wanna Be Your Man” on Project Grand Slam’s new album, East Side Sessions.

Miller said: “One of my musical signatures is to take an iconic song from the 1960’s and ‘reimagine’ it in PGS’s style. I’ve done this now with Hendrix, Cream, The Who and The Kinks. Obviously, The Beatles are like Mount Everest in this regard. You simply cannot improve on any of their songs.”

He added: “But I always felt that ‘I Wanna Be Your Man’ is among the most interesting Beatles songs – recorded first by The Rolling Stones and then by The Fab Four with Ringo singing. I not only changed the feel but rewrote the name and some of the lyrics in order to give it a feminine spin for Marilyn Castillo, our singer. Done of course with the greatest respect.”

Today,  Miller drops a video for the song, which is totally animated and features … a yellow submarine. There’s also a purple octopus too. Adds Miller, “I wanted to have fun with the video, so I told our video guy, Aaron Wilhelm, to give it a “Yellow Submarine” spin. And I asked Aaron to include some Beatles footage in there so younger listeners would get the Beatles connection.”

The video follows on the heels of another PGS video, “The Pardners,” which debuted last month and was noted for its unique spaghetti-western motif. https://www.projectgrandslam.com/