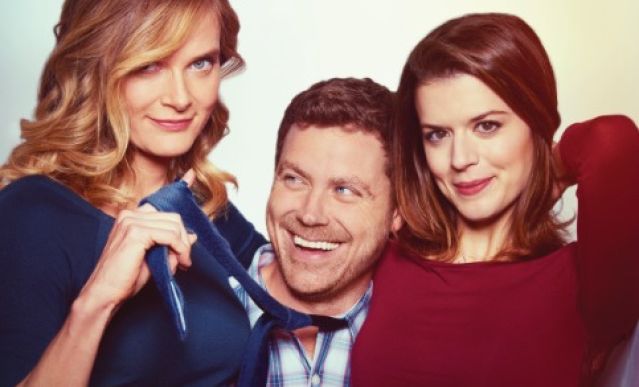 Created by John Scott Shepherd and inspired by the Playboy Magazine article “Sugar on Top” by John H. Richardson, the series is described as a twist on the indie rom-com, a “polyromantic” comedy that centers on a three-way relationship — two of the parties a suburban married couple.