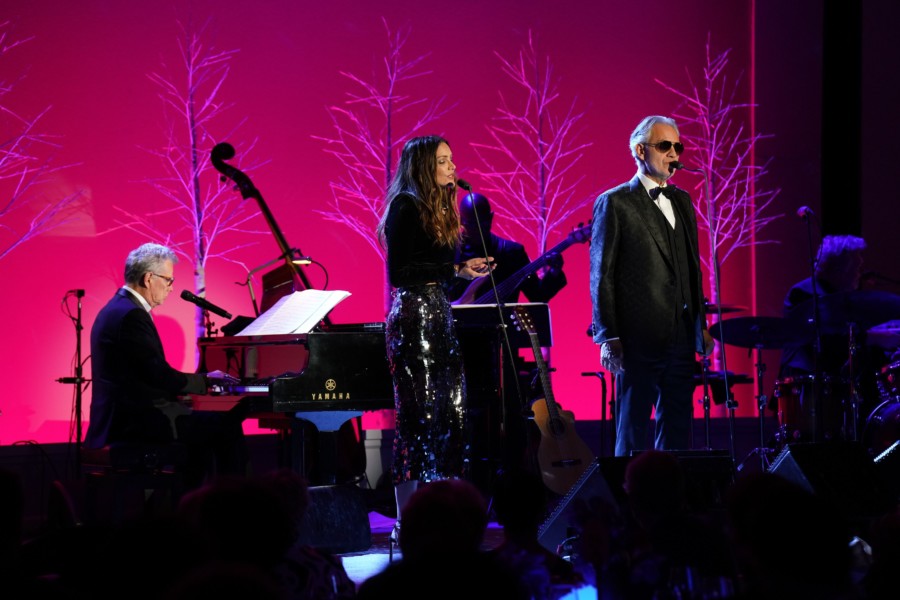 The gala began with a lively cocktail reception. During a lavish dinner party, Mike Milken along with celebrity host Whoopi Goldberg gave a special presentation on PCF’s recent accomplishments. There was also a live auction for various unique experiences as well as investment in Young Investigators who are changing the face of medicine with proceeds going towards PCF. The night gave way to a special musical performance from Andrea Bocelli, David Foster, and Katharine McPhee. Andrea’s daughter Virginia Bocelli performed alongside her father for a special rendition of Hallelujah. Musician Kenny G made a surprise performance via big screen next to the main stage.