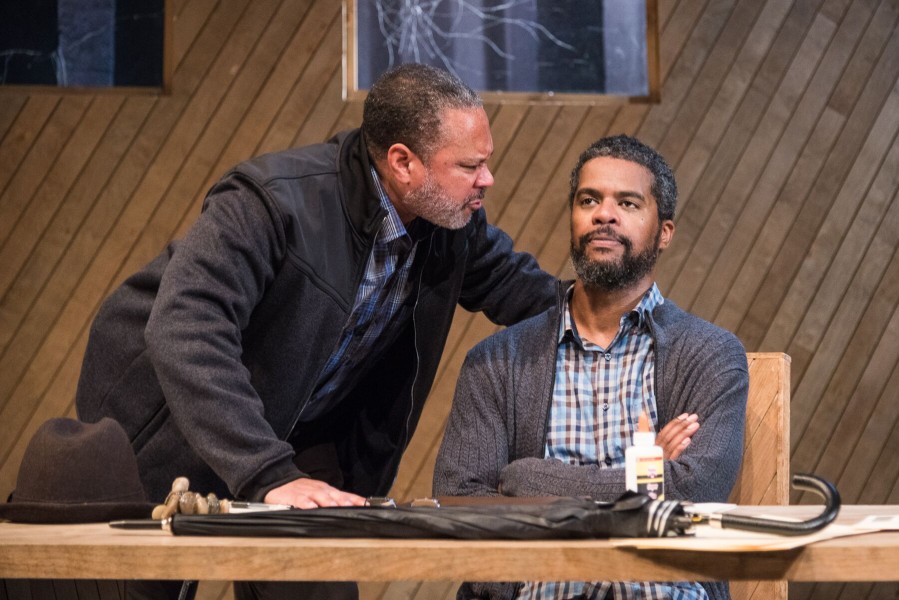 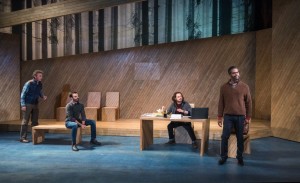 “half the population are out of their minds; and if the other half have not lost their senses, it is because they are mere brutes, with no sense to lose.”

In 2012 a wonderful production of An Enemy of the People was on Broadway, thanks to the Manhattan Theatre Club. It starred Boyd Gains and Richard Thomas with a new translation by Rebecca Lenkiewicz and it was powerful. Ibsen’s play is back at the Pearl Theatre Company retitled Public Enemy, this time done by David Harrower who reinvisioned it in 2013 and the power is diminished. 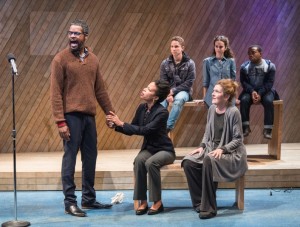 Much like this Presidential race Public Enemy says so much starting with Dr. Thomas Stockmann (Jimonn Cole), who has become Public Enemy #1 because he has uncovered that the towns main source of income, “healing baths” are poisoning not only the people who live there, but the people who come to be healed. As Stockman seeks to shed light, one by one, the populace turns on him thanks to his brother, the mayor (Guiesseppe Jones) who only cares about the money. His father-in-law (Dominick Cuskern) business has created this mess, threatens Stockman’s family financially. The publisher of the local paper (Alex Purcell) who seeks freedom, values his security more, as does most of the town.

In the end Stockman addresses a town meeting hoping to defend himself and gather supporters and when he fails, he suggests they should not vote to make a difference. Much like Stockman I agree, when there is NO candidate, we need to make a stand, but this is never the popular stance, especially in this climate.

Harrower’s 90-minute cut backs are not well done. The 2012 version though longer was much more clearer and the speech in the Town Hall was riveting, here it just seemed anti climatic and almost tongue and check. Much of this might have to do with Cole’s portrayal or Hal Brooks direction. Cole characterization was much more about self than about the righteousness of it all.

It was wonderful to see the terrifically smarmy John Keating slitter his way though this.

Set designer Harry Feiner has created a house anyone would want to live in. With all the glass and light wood walls matching the furniture, it was much like Frank Lloyd Wright house.

This play is such a relevant piece that will certainly strike a cord.

“The party leaders have to be eradicated–because a party leader’s just like a wolf, an insatiable wolf that needs so and so many smaller animals to feed off per annum, if he’s going to survive.”

Robert MassimiJanuary 12, 2022
Read More
Scroll for more
Tap
Friday Celebrate The Magic of Lerner and Lowe With The New York Pops 34th Season With Colin Donnell, Laura Osnes, Nathan Gunn
Look For A New Sizzle at Something Rotten When Adam Pascal Struts His Stuff As The Bard Who Finds It Hard