Put the Blame Where it Belongs: What is a Mayor Responsible For 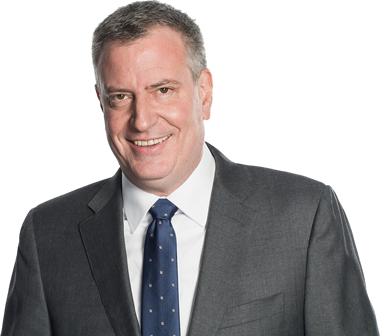 Put the Blame Where it Belongs: What is a Mayor Responsible For

Before we choose the next Mayor of NYC, lets get it straight what a Mayor can and can not do. I realized when Portland was going and is now filing to sue the President for sending in the National Guard to help, that they have a leg to stand on. I didn’t know the true power of what a mayor holds.

Right now Portland is about to sue Trump for sending the National Guard in and straying beyond the Federal grounds and yet everyone I know is blaming the President for not stopping these protests and allowing the senseless deaths.

Thankfully Gov. Kate Brown is commanding Oregon State Police to return to Portland to assist city officers following the fatal shooting by Black Lives Matter protesters on Saturday. Ironically Portland’s Mayor Ted Wheeler blames the President, when the ball has always been in his court.

Unless a President is ask by the mayor or the mayor is over ridden by the Governor, he can not go in and help unless it is Federal buildings that are being destroyed or the Insurrection Act of 1807 has been evoked. This law empowers the President of the United States to deploy U.S. military and federalized National Guard troops within the United States in particular circumstances, such as to suppress civil disorder, insurrection and rebellion. Before invoking the powers under the Act, 10 U.S.C. § 254, the President must first publish a proclamation ordering the protestors to disperse.

From their own website this is the definition of what a Mayor’s duties in NYC.

The Mayor is the Chief Executive Officer of the City. He is also a Magistrate.
The Mayor has the power to appoint and remove the commissioners of more than 40 city agencies and members of City boards and commissions. The Mayor is responsible for preparing and administering the City’s annual Expense and Capital Budgets and financial plan. He is responsible for managing the City’s relations with federal, state and local governing entities. The Mayor has the power to veto local laws enacted by the City Council, but such a veto may be overridden by a two-thirds vote of the Council. Pursuant to State law, the Mayor appoints Criminal Court Judges, Family Court Judges and Interim Civil Court Judges. The Mayor has powers and responsibilities relating to land use and City contracts and collaborates with city, state and federal agencies responsible for the City’s economic development and infrastructure. The Mayor maintains a liaison with governmental bodies dealing with pensions, public finance, procurement and franchises and concessions. The Mayor has all residual powers of the City government not otherwise delegated by law to some other public official or body. In the event of the resignation, death or removal of a Mayor, the Public Advocate serves as Acting Mayor until a special election or general election is held, depending on when the vacancy in the Office arises.

The Mayor sits ex officio on the boards of the 33 City-owned cultural institutions that are part of the Cultural Institutions Group as well as the Brooklyn Public Library, Center for Arts Education, Jazz at Lincoln Center, Museum of Arts and Design, Museum of Modern Art, New York Public Library and Queens Borough Public Library.

You can sue New York City and the Mayor if you were injured on city property. You can also sue if a city employee’s, agent’s or officer’s conduct or carelessness caused or contributed to your injury. I would think that restaurant owners and business owners whose property was damaged due to the riots of protestors, all have cases against this Mayor who has robbed them of their living.

Stephen SorokoffNovember 15, 2021
Read More
Scroll for more
Tap
Being Called a Racist For Reporting The Truth
Shame on SAG/AFTRA