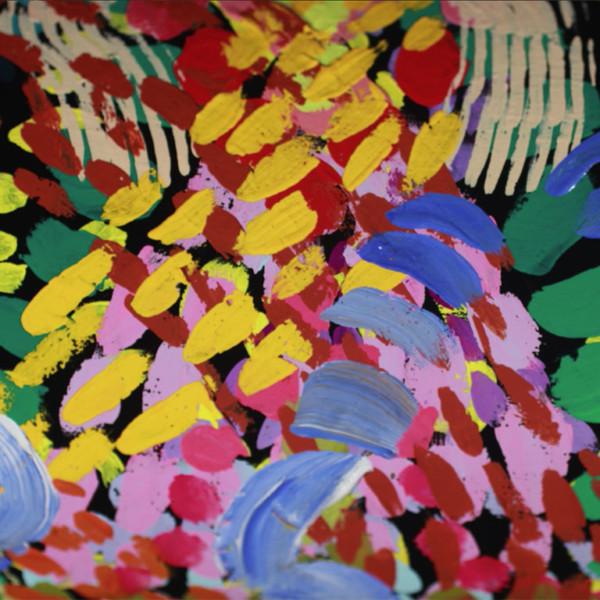 Quasi Una Fantasia Brightens Up the Midnight Moment in June

Quasi Una Fantasia Brightens Up the Midnight Moment in June

From June 1st to the 31st at midnight Jeff Scher, an experimental animator brings his work to life, Relishing in traditional analogue technology, shooting most of his films and videos on a classic animation stand. He has frequently explored hand-drawn rotoscoping in a wide range of styles (and often combined with collage), to distill live-action footage into paint on paper. He is interested in the challenge of making complex work with simple techniques and minimal materials, and his current practice utilizes everyday objects including cans and hat boxes as looping devices to build expansive imagery on a limited number of repeating cels.

Quasi Una Fantasia is an abstract dance film for paint. Scher created the film as a spontaneous visualization of the titular piano sonata by Beethoven (commonly known as the “Moonlight Sonata”), applying acrylic gouache to a cylindrical canvas lampshade in sequential improvisations over the course of weeks. As the lampshade revolves, the animation is recapitulated and developed with added layers of paint, building a more complex composition with every turn. Like the sonata, the work builds upon itself, growing in richness and density until its explosive conclusion.

“It always struck me as odd that paintings don’t move. I think they originally did move; cave paintings on uneven stone flickered and jittered when viewed by torch light. Painting on flat surfaces always struck me as frozen. Dead. How magic it is when they ‘come to life’ by moving … or animation!

“I wanted to make an abstract painting that moved, that moved a lot. I wanted to make the paint itself appear to dance, to fly, to make music in loud colors and percussive, chromatic transitions. I love the idea of animation that builds on itself, that repeats, but never looks the same. This technique lets a motion painting bloom like a field of flowers on a very windy day, simplified to color and form and choreographed as if dancing to Beethoven.”

“If we had to devote the Midnight Moment program to presenting the entire ouevre of a single artist, choosing Jeff Scher might yield a decade of marvelous pieces. Jeff is a deeply respected master of animation, a relentless experimenter, with a keen eye and affectionate perspective on urban life. The work he selected to put forward in this space is among his more abstract and universal works; is cross-disciplinary in its painterly evocation of the pleasure of listening to great music; and will send Times Square into an ever-upward stream of vibrant color.”

Jeff Scher (b. 1954, lives and works in Westport, Connecticut) has taught at Columbia University, SUNY Purchase and is currently teaching at New York University in the Animation program, and is a Paul Rand lecturer at the School of Visual Art, MFA graphic design department. He is also a Spring 2018 visiting artist at Parsons. His work is in the permanent collections of the Museum of Modern Art, Academy Film Archives, Hirshhorn Museum, Pompidou Centre, Musee d’Art Moderne, Vienna Kunsthalle and Austrian National Archive. www.fezfilms.net