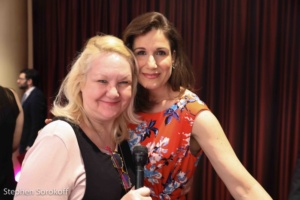 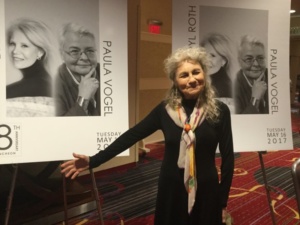 T2C talked to Rachel Bay Jones, is known for her roles in the 2013 Broadway revival of Pippin, and Dear Evan Hansen. Her other Broadway credits include the 2009 revival of Hair, Women on the Verge of a Nervous Breakdown, and Meet Me in St. Louis. Her other Off-Broadway credits are First Daughters Suite, and The Boys From Syracuse. Her other regional/national tour credits include Hello Again, A Christmas Story, Pippin (Pre-Broadway, ART), Sylvia, Fiddler on the Roof and The King and I among many others. In addition, Jones can be seen on ABC’s “The Family” and on the FX series Louie.

Derek Klena, originated the role of “Eddie Birdlace” in the stage adaption of Dogfight and played Fiyero in the 10th anniversary company of Wicked on Broadway. He is also known for his appearances on Law & Order: SVU, Unbreakable Kimmy Schmidt, and Blue Bloods. Currently he is playing the role of Dmitry in Anastasia on Broadway.

Giddon Glick, starred on Broadway as Ernst in the musical Spring Awakening. This year he starred in Significant Other on Broadway.

Bobby Conte Thornton is making his Broadway debut as the lead in A Bronx Tale.

Suzanna BowlingSeptember 25, 2022
Read More
Scroll for more
Tap
they promised her the moon There’s a Better Story Hidden Inside There
Hear The Music Behind The Boy Who Danced On Air