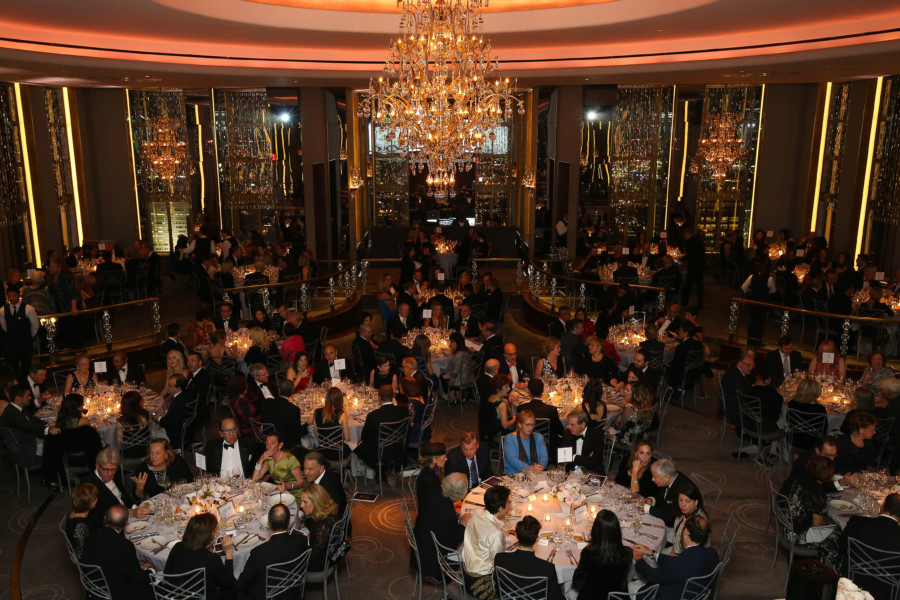 This past Friday night the legendary Rainbow Room soared and lit up with one of the most colorful events of the year. The culinary community came out in full force for The JBF Gala: A Night of Award Winners. 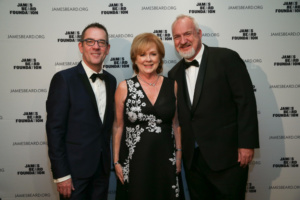 The lovely Susan Ungaro was honored for her extraordinary leadership as the Foundation’s president since 2006. The James Beard Foundation’s annual fall gala and fundraiser featured an once-in-a-lifetime collaborative dinner by a distinguished lineup of James Beard Award–winning chefs and beverage professionals. 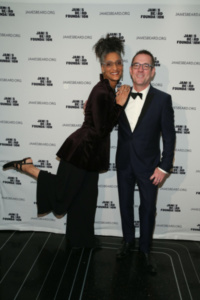 Chef Carla Hall and Ted Allen seen at The JBF Gala: A Night of Award Winners at the Rainbow Room on Friday, Nov. 10, 2017 in New York. (Photo by Mark Von Holden/Invision for James Beard Foundation/AP Images)

Guests enjoyed an elaborate cocktail hour before the dinner that created applause and cheer for the beloved foundation. Divine cocktails by bar director William Elliott of JBF Award winner Maison Premiere, Brooklyn, NY were featured and sipped by the VIP crowd as they enjoyed music by the Hot Club of Flatbush band. 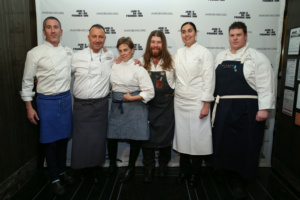 At the start of the sit-down dinner, a sneak peek from “30 years: A Celebration of the James Beard Foundation,” a special premiering on the ABC Television Network on November 26, was shown. At the end of the evening JBF board chair Frederic Seegal and JBF board chair emeritus Emily Luchetti addressed the attendees. 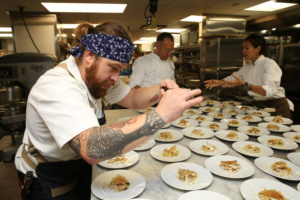 Chef Jonathon Sawyer seen at The JBF Gala: A Night of Award Winners at the Rainbow Room on Friday, Nov. 10, 2017 in New York. (Photo by Mark Von Holden/Invision for James Beard Foundation/AP Images)

“For the past 11 years, we have had the remarkable good fortune to have Susan help us realize our full potential as a major force for positive change in the culinary industry,” said Seegal. “It is because of her extraordinary leadership that we are so well positioned for decades to come and recognized as the foremost culinary arts organization in the world.”

“Perhaps most meaningful to all of us has been Susan’s dedication to the mission of the James Beard Foundation and the vast culinary community the organization serves,” added Luchetti. “Likely a daunting task to many, Susan built and nurtured close relationships with many of the country’s leading chefs and restaurateurs, step by step building trust and faith in her vision for the James Beard Foundation to serve and support the amazing people who make up our great American culinary community.” 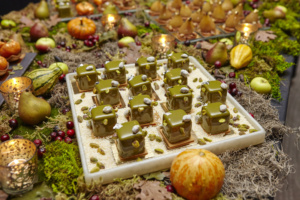 The JBF Gala: A Night of Award Winners at the Rainbow Room on November 10, 2017. (Photo by F. Martin Ramin /Courtesy of the James Beard Foundation)

The dinner concluded with a call for pledges to support the next generation of culinary leaders through the JBF National Scholars Program, which awards scholarship support of up to $20,000 to students in each of the ten regions as defined by the James Beard Awards, as well as the Women’s Leadership Programs, which provide mentoring and internship opportunities for female chefs. Ahmass Fakahany of Altamarea Group and Steven Elkes and Josh Elkes of the Elkes Family Foundation together generously contributed a matching gift of $40,000, resulting in more than$100,000 raised in support of these important initiatives.

The JBF Gala: A Night of Award Winners was sponsored by Gourmet Settings, La Colombe®, and Saratoga Spring Water. The 2017 JBF Gala supporter is Chefwear.

Founded in 1986, the James Beard Foundation celebrates, nurtures, and honors chefs and other leaders making America’s food culture more delicious, diverse, and sustainable for everyone. A cookbook author and teacher with an encyclopedic knowledge about food, the late James Beard was a champion of American cuisine. He helped educate and mentor generations of professional chefs and food enthusiasts, instilling in them the value of wholesome, healthful, and delicious food. Today JBF continues in the same spirit by administering a number of diverse programs that include educational initiatives, food industry awards, scholarships for culinary students, publications, chef advocacy training, and thought-leader convening. The Foundation also maintains the historic James Beard House in New York City’s Greenwich Village as a “performance space” for visiting chefs. For more information, please visit jamesbeard.org.