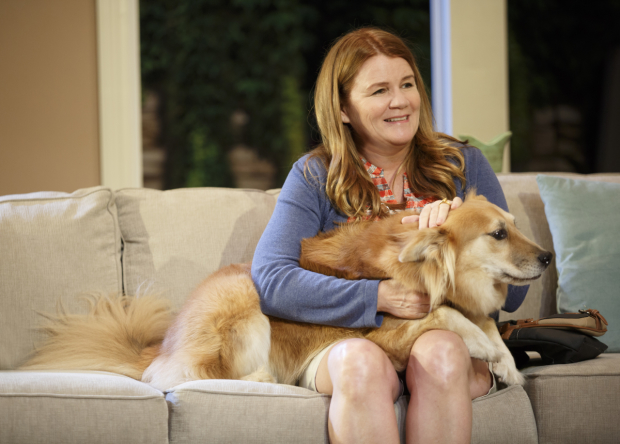 Rancho Viejo is Like After Hours Meets The Stepford Wives

Rancho Viejo is Like After Hours Meets The Stepford Wives 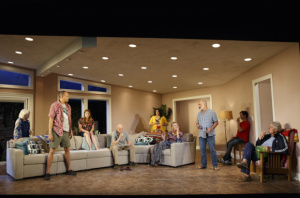 The cast of Rancho Viejo

Rancho Viejo is three hours of my life I will never get back and I don’t understand why this play was written. For that matter neither does the playwright Dan LeFranc, who tells you so in the playbill. 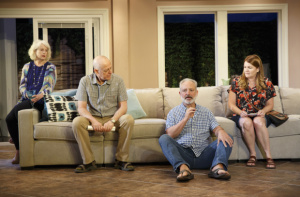 The play takes place in the fictional suburb of Rancho Viejo, but the design looks like the Californian town however, having grown up near there, it’s nothing like the people or terrain. Here Pete (Mark Blum) and Mary (Mare Winningham) live in a closed community where Patti (Julia Duffy) and Gary (Mark Zeisler), Leon (Tyrone Mitchell Henderson) and Suzanne (Lusia Strus) and Mike (Bill Buell) and Anita (Ruth Aguilar) and Tate (an eery Ethan Dubin) also live. Wanting friends, the two try and fit in. Not exactly possible when Pete is obsessed with the breakup of Patti and Gary’s son and when I say obsessed to the point of insanity. Mary is unsure of herself, but not as superficial as the others in the group.

Over party after party, barbecue after barbecue, all on the same monotonous set by Dane Laffrey, lives non sensical dialogue which takes place for three hours! Nothing happens, characters do insane things, like hug a cactus and are not in excruciating pain. That is left to the audience who makes it to act three.

Winningham, makes us care for Mary. Blum, is annoying as the man who hasn’t a life. Zeisler, is the perfect surfer dude. Duffy is in a time warp, where she never left “Newhart.” Strus is a caricature of a California version of an Upper East Sider. Nobody in this cast seems to care about acting. They are all so real it’s a bore.

Director Daniel Aukin does nothing to make this piece go faster and sitting in the theatre is torture! If I wasn’t reviewing, I would have left after the first act as many did. Or the second act, which is when half the audience left. 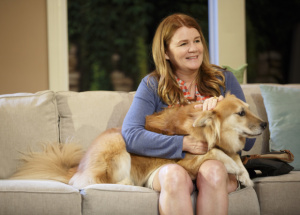 It’s sad when the dog steals the show and Marti the dog who plays Suzanne and Leon’s dog Mochi does. But in all honesty, he has no competition.

Rancho Viejo seems more like episodes of a really bad sitcom and at least with that you can turn the TV off. This is a definite skip!