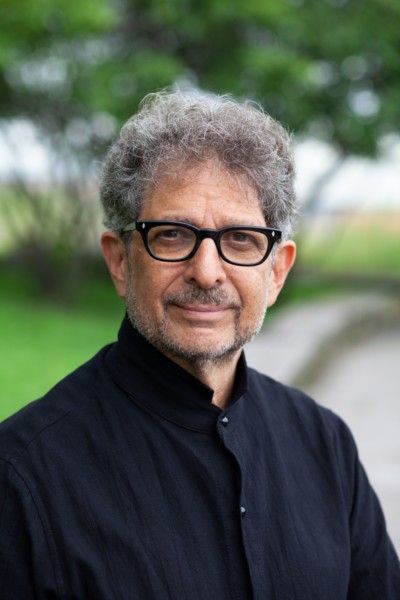 When pianist – composer Randy Klein began Jazzheads, an independent record label based in NYC, in 1992, he had two label models he aspired to, A&M Records and GRP Records – “Premiere labels started by musicians, Herb Alpert; Larry Rosen and Dave Grusin. What I observed about each is that they released popular songs adored by the masses but also released inventive ground-breaking music as well. You know, they pushed the form forward!” says Klein.

After cutting his teeth on the road with the legendary R&B Hall of Fame vocalist, Millie Jackson in 1977/1979 (he co-wrote the track “Feelin’ Like a Woman” off her mega- hit 1978 Feeling Bitchy album for Spring/Polydor). Klein recalls, “From touring with Millie in those performances, I learned how to play in the pocket with a tight rhythm section.”

Klein, whose career spans some 30 years in the writing, performing, and producing category (he started doing gigs when he was 14) has released some outstanding projects on his Jazzheads imprint and affiliated labels. They have garnered a long list of award cred including Grammy Nominations; Latin Grammy Nominations; National EMMY Awards; Downbeat Critic Awards; Latin Beat Critic Awards; Jazz Journalist Award and Nominations; and Jazztimes Magazine Critic Poll Awards.

Upcoming releases include: Ray Blue – #People, which Klein is on as producer; a new Duorecording with Alex Skolnick, the David Bowie tune, Changes;  a new solo album from vocalist Donnie Kehr called Beautiful Strange; and a new project of eclectic keyboard pieces which Klein has been developing called The Kenny Keys Connection.

Klein also admits that running the label has been an eye-opening experience. “It is the balancing and mixing administrative duties with pumping out notes for new projects that keeps me continually engaged. The business has radically changed from even 10 years ago; and so, has Jazzheads. Watching and tracking the trends used to be based on CD sales and radio play, now it is all about ‘streams.’  ‘Streaming’ which pays by the play is key. It translates to cents, and if you get enough of them, it adds up to dollars, and it is dollars that keep a small label’s doors open. I thought a stream was a babbling brook! Who knew?!”

One of his prestigious projects, a choral work, For My People – the Margaret Walker song cycle, which features the poetry of Walker will be performed at Columbus State University featuring the Choral Union and Schwob Singers on April 26, 2022 at 7:30 at Legacy Hall, RiverCenter, Columbus State University, Columbus, GA. The concert will be livestreamed at youtube.com/schwobschoolofmusic. Adds Klein, “Margaret Walker wrote about the Black experience in the south during the Civil Rights era of the 1960’s. Her words are as relevant today as they were when she first put pen to paper.”

Other projects in the works, the musical, Black Swan Blues in collaboration with librettist/lyricist Joan Ross Sorkin which will have its first public reading in the fall of this year.  They are also adapting Margaret Walker’s famed novel Jubilee into a folk-opera with the premiere scheduled for February 2025 at Jackson State University in Jackson, MS.

Klein adds, “I am not only the president of the label, but an active educator as well. I coach a worldwide list of students and conduct master classes on the subjects of songwriting, improvisation and the business of music. Klein is also justifiably proud that many of the artists on Jazzheads are educators in the field of music. “Not only is Jazzheads releasing recordings, but we are also passing the baton to the next generation.”