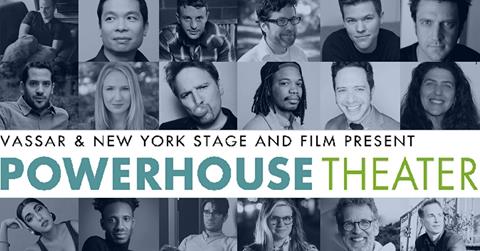 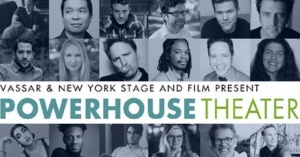 Ellen (Ms. Armand) is an expert hostage negotiator facing her biggest challenges yet. In this high-stakes thriller, she works from her rural childhood home to free an oil tanker from pirates – while also balancing her injured mother’s rehab, salvaging her crumbling love life, and tracking down a mysterious visitor from her troubled past. Home life and international crisis converge in this inventive new play.

For tickets and more information on the season, visit Powerhouse.Vassar.edu

In addition to Radio Island, the upcoming 34th Powerhouse Season will also feature the mainstage production of The Waves at the Powerhouse Theater:

adapted from the novel by Virginia Woolf

music and lyrics by David Bucknam

with additional music by Adam Gwon

Six childhood friends and their shifting relationships come vibrantly to life in this captivating chamber musical inspired by Virginia Woolf’s celebrated novel. Over the course of one day – or is it a lifetime? – The Waves illuminates the interior yearnings, ambitions, and defeats of these extraordinary individuals with stirring choral music and Woolf’s signature text. Writer/director Lisa Peterson (An Iliad) and composer Adam Gwon (Ordinary Days) revisit and reimagine Bucknam and Peterson’s lush and layered musical, which premiered off-Broadway over thirty years ago.

The musical workshop presentations, presented in the Vogelstein Center for Drama & Film and the Susan Stein Shiva Theater, will include four exciting new projects:

When the madness of the world is too much to bear, we take refuge in the stories we love. In the rubble of the London Blitz, Alice Spencer’s budding teen life is turned upside down and she escapes with her childhood friend Alfred into their most cherished book. They journey down the rabbit hole to Wonderland, finding first love, loss, and the courage to move forward, and their imaginations transform even the harshest circumstances. Tony® and Grammy® Award-winning creators of Spring Awakening, Steven Sater and Duncan Sheik, reunite for their new musical inspired by Alice’s Adventures in Wonderland, directed and co-written by Jessie Nelson (Waitress). 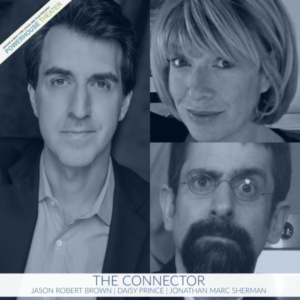 How true is true enough? New York City, 1995. Aspiring writer Ethan Dobson has his first article published by The Connector, a magazine with a storied history. As Ethan strives to be part of the magazine’s legacy, he navigates editors with god complexes, fact checkers with vendettas, proofreaders, lawyers, and the challenges of his own history. In this new musical, playwright Jonathan Marc Sherman (Women and Wallace), composer-lyricist Jason Robert Brown (The Bridges of Madison County) and director Daisy Prince (The Last Five Years) tell a story about telling stories. What is the difference between facts and truth? And what is the difference between journalism and entertainment? What happens when a gifted storyteller’s stories begin falling apart? And can anyone stop him?

The hilarious and candid musical memoir of The Dan Band’s frontman Dan Finnerty: Growing up a small-town altar boy in a nice conservative family doesn’t always suit our adopted protagonist. Childhood outbursts of blasphemy in church only lead to pathetic adolescent attempts at playing sports. But of the many lessons he’ll learn, none could prepare him to navigate the road ahead after the fateful day he and his mother meet the woman who gave birth to him. An irreverent-yet-tender story of an adopted boy and the women who made him.

music and lyrics by Jeanna Phillips

Peggy was a good neighbor, a good daughter, and a great bank robber. Disguised as a man in a fake beard and a ten-gallon hat, “Cowboy Bob” evaded detection for more than a decade. In a score that’s equal parts Riot Grrrl rage and Texas two-step, the small-town legend inspires an assortment of competing wannabe rebels to claim her story as their own.

directed by Will Davis

In a small Wisconsin town, a tight-knit Punjabi community gathers to celebrate the engagement of a traditional family’s only son, just as their strong-willed daughter announces her plans to move away and open a bar. One generation’s cherished customs clash with another’s modern-day aspirations and ancestors from the family’s past haunt the present day, when one sudden event changes everything. This poignant and smartly funny new play about legacy, life and pirates comes from the fresh voice of Jaclyn Backhaus (author of the award-winning Men on Boats), who teams up with director Will Davis (The Great Leap, 2017 Powerhouse Inside Look workshop). 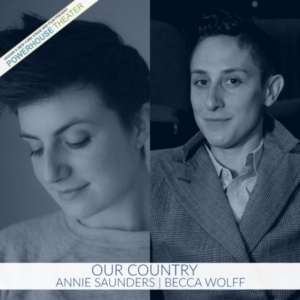 direction and dramaturgy by Becca Wolff

additional devising by The Company

“Who do you think decides what is a big deal and what isn’t?” Inspired by Sophocles’ Antigone and origin stories from the American frontier, Our Country is set in California’s marijuana country, our still-Wild West. Based on recorded conversations between Annie Saunders and her younger brother, and steeped in childhood memories and mythologies from Ancient Greece, this autobiographical creation recalls a time when we were young — as siblings, as a nation, as a democratic system.

The annual Readings Festival, split between two weekends (June 22-24 and July 20-22), will include: On That Day in Amsterdam by Clarence Coo; The Pain of My Belligerence by Halley Feiffer; Milk and Honey by Rupi Kaur; The North Star by Donja R. Love; The Purists by Dan McCabe; The Dizziness of Freedom by Stephen Nathan; Melissa R. and Dorothy Sue, book by Geoffrey Nauffts, music and lyrics by Jonatha Brooke; and additional projects to be announced.

Members of the noted Powerhouse Theater Training Program will present William Shakespeare’s Measure for Measure (July 13-15) adapted and directed by Andrew Willis-Woodward and As You Like It (July 20-22) adapted and directed by Doug Paulson, both at the Environmental Cooperative at the Vassar Barns. Members of the Training Company will present I’m Trying to Tell You Something Important (July 5, 12, 19, 26), composed and directed by Max Reuben, at the Frances Lehman Loeb Art Center; as well as Workshop Performances of Ovid’s Metamorphoses (July 22-23), adapted and directed by Elizabeth Hess, One Act Plays Festival (July 25); and Not, Not, Not, Not, Not Enough Oxygen (July 27) by Caryl Churchill. Young actors, playwrights, and directors from around the country and internationally, along with an exceptional faculty of artists, comprise this important component of the Powerhouse artistic community. For updated Training Company production and workshop information, please visit powerhouse.vassar.edu/apprentices.

Additional projects will be announced at a later date.

Vassar & New York Stage and Film’s Powerhouse collaboration continues to be the launching pad for some of the most groundbreaking new works for the American theater, with countless productions in New York City, regionally and internationally. Notably, Lin-Manuel Miranda’s Hamilton and Stephen Karam’s The Humans – the 2016 Tony® winners for Best Musical and Best Play, respectively – received early development at Powerhouse, and Powerhouse presented first-look productions of two daring new works that were named finalists for the 2017 Pulitzer Prize for Drama: Sarah DeLappe’s The Wolves, which moved directly from its Powerhouse premiere to recent celebrated runs at The Playwrights Realm and Lincoln Center Theater in NYC; and Taylor Mac’s A 24-Decade History of Popular Music, which is currently on an international tour. Among 30 other projects developed recently at Powerhouse with new or upcoming major productions: Amy and the Orphans Off-Broadway at the Roundabout Theatre Company; Head Over Heels, the new Go-Go’s musical at San Francisco’s Curran and Broadway; Lucy Thurber’s play Transfers at MCC Theater; the Stephen Trask, Peter Yanowitz, Rick Elice musical This Ain’t No Disco, Ngozi Anyanwu’s The Homecoming Queen, and Lauren Yee’s The Great Leap at Atlantic Theater Company; and the David Bryan, Joe DiPietro musical Diana at La Jolla Playhouse.

New York Stage and Film (Johanna Pfaelzer, Artistic Director; Thomas Pearson, Executive Director; Mark Linn-Baker, Max Mayer, Leslie Urdang, Producing Directors) is a not-for-profit company dedicated to both emerging and established artists in the development of new works for theater and film. Since 1985 New York Stage and Film has played a significant role in the development of new plays, provided a home for a diverse group of artists free from critical and commercial pressures, and established itself as a vital cultural institution for residents of the Hudson Valley and the New York metropolitan region www.newyorkstageandfilm.org.

Vassar College (Ed Cheetham, Michael Sheehan, Producing Directors) is a highly selective, coeducational, independent, residential, liberal arts college founded in 1861. Consistently ranked as one of the country’s best liberal arts colleges, Vassar is renowned for its long history of curricular innovation, and for the natural and architectural beauty of its campus. More than 50 academic departments and degree programs — from Anthropology to Cognitive Sciences to Urban Studies — encompass the arts, foreign languages, natural sciences, and social sciences, and combine to offer a curriculum of more than 1,000 courses.  Vassar College is sited in New York’s beautiful Hudson Valley in Poughkeepsie, NY.  www.vassar.edu 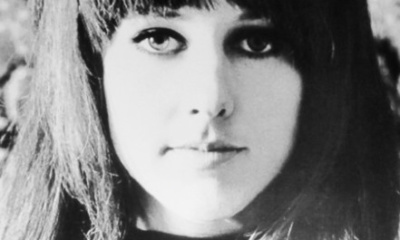 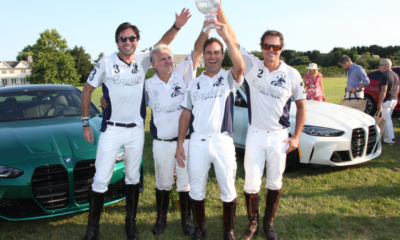 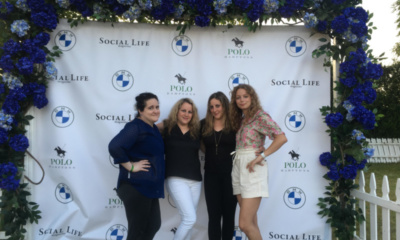 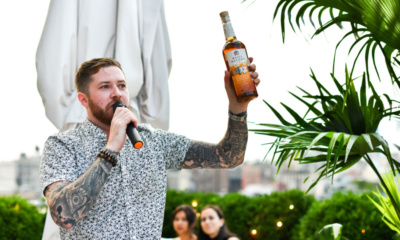 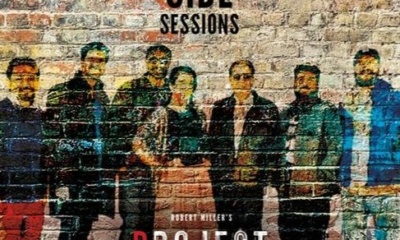