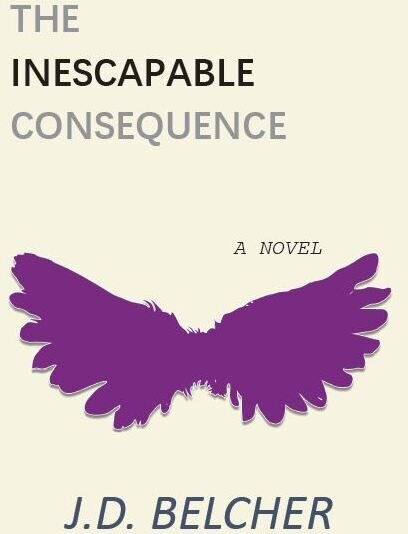 Advanced word for J.D. Belcher’s The Inescapable Consequence (Yorkshire Publishing) has Belcher’s dark, paranormal novel being compared favorably in style to works by Stephen King, with talks already in motion of a script for a film, possibly under the direction of M. Night Shyamalan (Devil, Split, The Visit).

In this end-times fantasy thriller set in Pittsburgh, Cashe, a mixed-race pizza delivery driver with a severe case of sleep apnea, begins to have lucid nightmares of a mysterious demon after moving in with and eventually marrying his girlfriend Kia, a second generation Egyptian-American.

A series of bizarre encounters—witnessing a murder, a foreboding warning from a homeless man called the “Prophet,” an ethereal meeting with a young angel named Tulpehoken and an assistant manager with strange telekinetic abilities—leads Cashe to uncovering an apocalyptic secret society hiding frighteningly in plain sight, and propels him toward a destiny he never could have imagined in his wildest dreams.

The Inescapable Consequence not only offers a contemporary interpretation of the fallen angel and watcher Azazel, widely depicted in various forms of literature, film, art and video games, but also explores the intimacies surrounding the intermingling of different religions, ethnicities and cultures in a socially-timed moment in history.

J.D. Belcher is an author, screenwriter and journalist. His books include Hades’ Melody, a memoir which was longlisted for the 2019 Sante Fe Writers Project literary award and The Inescapable Consequence, his first fiction novel. He currently serves as editor for the online news publication The Yellow Party News and the daily devotional website Ephod and Breastplate.

The Inescapable Consequence is set for release on April 23, 2021.