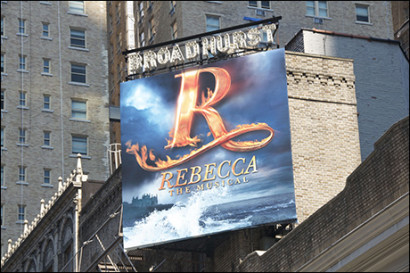 The trial of Rebecca Broadway LP v Marc Thibodeau finally begins with opening statements at 9:30am on Monday, April 24, 2017 at 60 Center Street in court of Justice Jeffrey K. Oing. This started on or about May 28, 2015 and then again on August 18, 2016. There really isn’t a whole lot to debate considering Thibodeau told all to Vanity Fair.

According to court records:

This case arises from an unsuccessful effort to produce a Broadway musical about a ghost. After it was reported that a major foreign investor in the production had died, it emerged that the supposedly deceased backer had never been more than a ghost himself — the man had never existed, except as a deceptive construct conjured up by a dishonest fundraiser, who has since been incarcerated for this wrongdoing. Marc Thibodeau, the publicity agent for the show, began to suspect the truth about the supposedly deceased foreign investor, expressed his concerns to the producer’s principal, who essentially told him to keep quiet about it. Apparently stung by this dismissive treatment, the publicity agent sent four anonymous emails to another potential investor (this one an actual, living person), who had wished to remain anonymous. These emails, sent under a fictitious name, made various highly negative allegations about the producer and the show’s prospects, and urged the potential investor not to back the play. After receiving this email, the potential investor promptly withdrew from involvement in the production, preventing it from going forward.

After the announcement of the demise of the foreign investor, Thibodeau spoke with Patrick Healy, a New York Times reporter who was investigating the matter. From his discussions with Healy and research he conducted on his own, Thibodeau began to suspect that Abrams, a figure previously unknown on the Broadway scene, was a fictitious character. Thibodeau was unable to locate any obituary for a person named Paul Abrams corresponding to the description provided by Hotton, nor any other information verifying the existence of such a person. Thibodeau further discovered through an Internet search that several lawsuits for fraud were pending against Hotton. On September 21 and 24, 2012, Thibodeau discussed with Ben Sprecher, one of RBLP’s two principals, his suspicions concerning the foreign investors supposedly located by Hotton. Sprecher responded by instructing Thibodeau not to discuss the matter with anyone (as recalled by Thibodeau, Sprecher said “don’t go there about this stuff”) and further telling Thibodeau that “we are not going to talk about this anymore.”

On September 25 and 26, 2012, while RBLP’s negotiations with Runsdorf were ongoing, articles appeared in the New York Times and the New York Post, respectively, suggesting that Abrams had never existed. It is undisputed that, on September 25, 26, and 28, Thibodeau sent four anonymous emails to Runsdorf or his representatives. The first three emails merely drew attention to the Times and Post articles, but the fourth email, dated September 28, 2010, which Thibodeau sent under the false name “Sarah Finkelstein” to Runsdorf himself, made a number of damaging and (according to RBLP) false allegations, including: (1) that the “walls are about to cave in on Mr[.] Sprecher [RBLP’s principal] and the Rebecca Broadway production”; (2) that the “cloud hanging over this production is very very dark”; (3) that “[e]ven before any of this happened, Rebecca’s prospects were not very promising and every major regular Broadway investor has passed on [it]”; and (4) that “with this prospect of fraud, an ongoing money shortage, a bad public perception, anemic ticket sales, and a rabid press corps, the only good reason to invest in [R]ebecca would be for a tax write-off and a desire to be dragged into a fraud trial.”

Thibodeau argues that RBLP should not have been granted summary judgment as to liability on the breach of contract claim because an issue of fact exists as to whether his sending of the emails, even if that would otherwise constitute a breach, might have been excused by a prior breach of the implied duty of good faith and fair dealing by RBLP itself. On this record, Thibodeau’s contention is, as Supreme Court aptly put it, “a nonstarter,” and without merit as a matter of law. There is nothing in the record to support Thibodeau’s contention that RBLP undermined his ability to perform his duties under the contract honestly or his contention that RBLP required him to engage in conduct that would implicate him in Hotton’s fraud when it ultimately came to light. On the contrary, as Supreme Court observed in its decision, RBLP never instructed Thibodeau to issue a press release containing a statement that he believed to be false (or even any statement as to which he had doubts), nor is there any evidence that RBLP ever instructed Thibodeau to respond falsely to inquiries from the press. By Thibodeau’s own account, Sprecher, the RBLP principal, simply instructed him to keep silent about the Abrams issue, not to lie about it. Neither does Thibodeau claim that RBLP ever lied to him. In short, there is nothing in the record to support Thibodeau’s claim that RBLP was causing him to implicate himself, wittingly or unwittingly, in any fraud or scandal.[FN4]

Thibodeau does claim that, on September 21 and 24, 2012, Sprecher responded dismissively to Thibodeau’s expressions of concern that Abrams might be fictitious. In those exchanges, as previously described, Sprecher essentially instructed Thibodeau to keep quiet about the Abrams matter, both in dealing with the public and internally. However, RBLP, as Thibodeau’s principal, had no obligation to be more forthcoming in discussing the financing issue with him, or to treat his concerns more respectfully than it did. In this regard, it should be [*5]borne in mind that, as Supreme Court emphasized in its decision, Thibodeau had no responsibility whatsoever for the financing of the project or for dealing with the project’s investors. His role was simply to prepare and issue press releases and to deal with reporters. If RBLP did not wish Thibodeau to address financing issues in these communications, that was its prerogative as the principal in this principal-agent relationship. Nothing that RBLP did, or is alleged to have done, interfered with Thibodeau’s ability to perform honestly the limited task charged to him.

In support of his position that RBLP breached the covenant of good faith and fair dealing, Thibodeau points to deposition testimony by RBLP’s general manager that, during the same period in which Sprecher had instructed him not to “go there about this stuff [i.e., the issue of the foreign investors],” Thibodeau was required to “field[]” questions about that very matter. Although Thibodeau might well have felt uncomfortable in meeting the press while under orders not to give them the information they sought, RBLP did not breach the covenant of good faith and fair dealing by giving him those instructions [FN5]. Again, while the record establishes that RBLP — as was its right — directed Thibodeau not to respond substantively to questions concerning the Abrams issue, Thibodeau does not allege that RBLP ever directed him to respond falsely to press inquiries [FN6]. He could have responded to questions about Abrams, both truthfully and consistent with RBLP’s directives, by stating that RBLP was investigating the matter. RBLP, as Thibodeau’s principal, was entitled to limit the subjects that Thibodeau, as RBLP’s agent, was authorized to discuss substantively with the press and public; if Thibodeau was uncomfortable with that limitation on his authority, he was free to resign.

Even if RBLP could be deemed to have somehow breached its implied duty to Thibodeau of good faith and fair dealing before he committed his own breach of that covenant by sending the anonymous emails, we would not reach a different result. Any such material breach by RBLP, before the breach by Thibodeau, would have given Thibodeau grounds to suspend his own performance and, absent a timely cure by