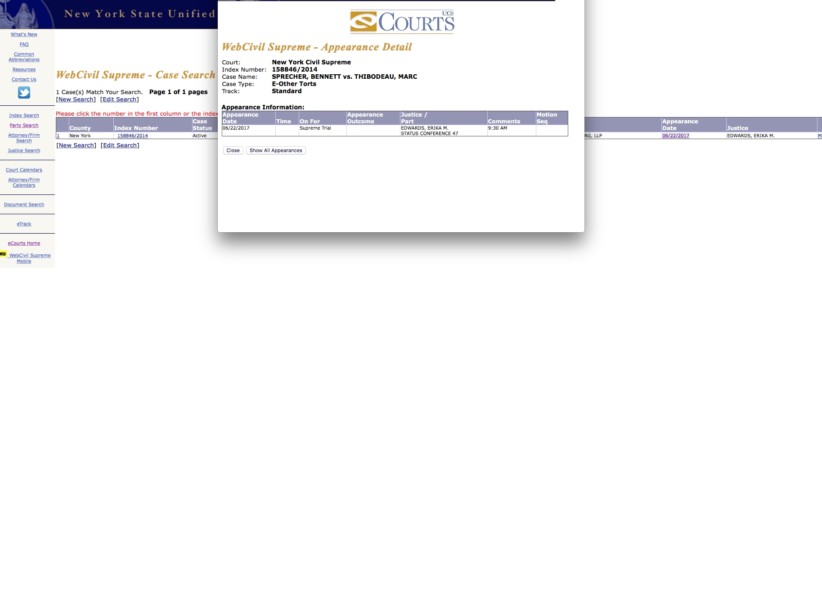 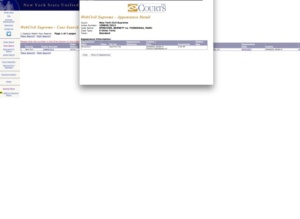 In researching the Rebecca case, I found another trial slated for 6/22, so it looks like this was just the appetizer. In looking at the ecourts you will see a different judge and date. In the meantime.

“Earlier today, a Manhattan jury awarded monetary damages against Marc Thibodeau on two of three causes of action that the producers of Rebecca, the Musical brought against him following the delay of the play. The producers are gratified that the jury found Thibodeau liable for damages both for having breached his employment contract to act as the publicist for Rebecca, as well as for having tortuously[sic] interfered with the producers’ business relationship with Mr. Lawrence Runsdorf, who had invested in the play. Although the producers were disappointed by the ‘damage award,’ a 6-member Jury made clear today that Mr. Thibodeau was not a ‘whistleblower,’ as he has contended, and found that his having sent four emails under false names was wrongful and assessed monetary damages against him for doing so.”

Not sure if Ben Sprecher and Louise Forlenza will be happy with the amount awarded them by the jury of five women and one man. The New York State Supreme Court fined Marc Thibodeau $5,000 for breach of his contract as press agent, the total amount equal to his total compensation for more than four years of work on Rebecca the $12 million musical. They also awarded the producers an additional $85,000 for interference with a prospective investor, because of Mr. Thibodeau’s interference pulled out of the show. On serious charge of defamation, the jury ruled in Thibodeau’s favor.

Considering that the plaintiffs sought more than $10 million in damages, I doubt that they will be happy with $90,000.00. The jury was sequestered for two days and after a week of testimony. New York State Supreme Court Justice Jeffrey Oing’s  ruled last year that Thibodeau was liable for damages on the breach of contract, but left the monetary amount and extent of harm, to the jury. During deliberations, the jury sent a series of requests for testimony regarding the timeline of events and the definition of defamation.

Thibodeau testified that he had first discovered the problems with Hotton and the phantom investors after doing a basic Internet search, but that the producers didn’t immediately follow up on the information. The press agent’s team presented evidence that Sprecher and Forlenza overstated the advance ticket sales for Rebecca.

No decision to whether the plaintiffs will appeal.