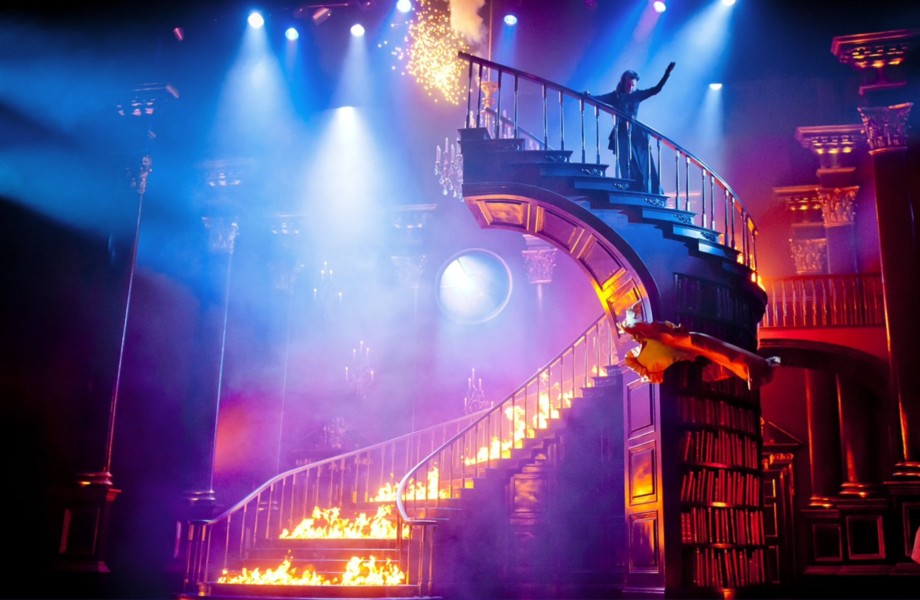 Well things have become ignited as the civil trial about Rebecca the Broadway musical began. The show that never found it’s funding, is in news without ever opening, nor will it ever open. At the center of the trial is the publicist Marc Thibodeau, who is being sued by Ben Sprecher and Louise Forlenza, the producers of Rebecca for sending several anonymous emails to an investor who wanted to remain anonymous. Back in 2012 Mr. Thibodeau, a longtime Broadway press agent pleaded with the man, not to invest, without his employers knowledge. Mr. Thibodeau, states he was only trying to protect the investor from losing millions. Mr. Thibodeau who has already been found in breach of contract in the same case, is now here to find out how much the jury will vote against him for defamation and tortious interference and assess the damages.

Erik S. Groothuis, the lawyer representing the show’s producers, spoke for 20 minutes stating “Have any of you toiled at something in your lives, worked so hard and worked so long on it that it became your life’s work?” He claimed that  Mr. Thibodeau had “demolished” the work that went into “Rebecca” and that his emails were filled with “venom and lies.”

The biggest revelation was that the producers have lost the rights to the musical. Sprecher and Florenza, owe $5.5 million to their investors.

Groothius spoke of  Sprecher and Florenza’s inability to get the $12 million show capitalized until, in 2012. That was when they hired Mark Hotton to find investors to make up the $4.5 million needed to capitalize the show. Hotton produced documents for four investors, including “Paul Abrams,” from London, who had signed up for the biggest share. Hotton then told Sprecher and Florenza that Abrams died of malaria during an African safari. The New York Times then discovered that Abrams and all the other alleged investors were fictitious and that Hotton was a con artist. Hotton,for his involvement received 11 years in jail.

Sprecher and Florenza sought new investors and found a Florida businessman who agreed to put up $2.25 million under the condition he remain anonymous and that the money would be released after the rest of the capital was fully secured. The investor Larry Runsdorf started receiving emails from numerous pseudonyms including ‘Sarah Finkelstein’ and anonymous e-mail accounts warning that the show was in trouble.

Mr. Thibodeau who is represented by Andrew Miltenberg, battled back that Mr. Sprecher and Ms. Forlenza were incompetent and Mr. Thibodeau nearly a whistle-blower. He stated this trial was the result of “the dishonesty and desperation of two producers trying to raise money yet again.”

Manhattan Supreme Court Judge Jeffrey K. Oing is proceeding over the trial and is expected to run about two weeks.

Suzanna BowlingNovember 22, 2022
Read More
Scroll for more
Tap
My View: Practice Makes Perfect But You Also Need A Little Bit Of This
My View: Tales Told In The Friars Have To Stay In The Friars – An Evening With Chazz Palminteri