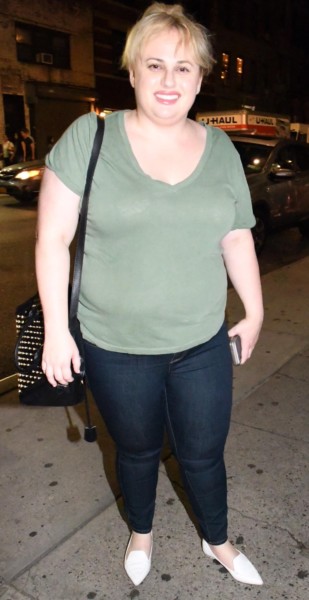 “This old Gumbie Cat could easily be mistaken for being lazy. She spends her days seeking out the warm and sunny spots where she sits, and sits, and sits, and sleeps as the hours tick by. But when the moon rises in the sky, Jennyanydots comes alive. She bakes and fries, she teaches the mice “knitting, crocheting and tatting” and she employs the cockroaches to be her troop of helpful boy-scouts. It could be said her greatest skill is turning household pests into productive and organised creatures.”

The cast has been rehearsing at Leavesden Studios in Hertfordshire, UK for a December 20, 2019 theatrical release.

Tom Hooper will direct the project for Working Title pictures which is set to begin shooting in November in London.

Cats was revived on Broadway last summer at the Neil Simon Theatre. Composed by Andrew Lloyd Webber and based on T.S. Eliot’s “Old Possum’s Book of Practical Cats,” the original Broadway production opened in 1982 at Broadway’s Winter Garden Theatre, where it ran for 7,485 performances and 18 years. Cats was originally produced on Broadway by Cameron Mackintosh, The Really Useful Company Limited, David Geffen, and The Shubert Organization.

G. H. HARDINGMay 9, 2022
Read More
Scroll for more
Tap
Will Roland Head a Cast of Four For an Innovative Reading of “Love Letters”
The FX 8 Part Series Fosse/Verdon is Star Studded With Sam Rockwell and Michelle Williams and Produced By Lin-Manuel Miranda and Others