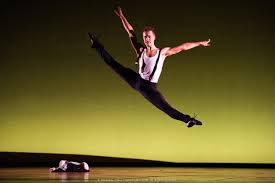 When a friend offered me two “Red Bucket Follies” tickets, I said sure, and then asked, “What the hell is that?” I soon learned that this seasonal variety show offered a unique set of song-and-dance numbers especially produced for the event by Broadway Cares/Equity Fights AIDS (BC/EFA) — one of the nation’s leading AIDS fundraising and grant-making organizations. 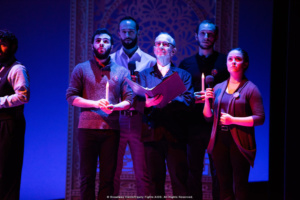 This highly respected non-profit draws on the talents and resources of the American theatre community. Since 1988, it has raised more than $300 million for essential services for people with AIDS and other critical illnesses across the United States. The major supporter of social service programs at The Actors Fund (which includes the HIV/AIDS Initiative, the Phyllis Newman Women’s Health Initiative and the Samuel J. Friedman Health Center for the Performing Arts), BC/EFA also awards grants annually to more than 450 AIDS and family service organizations in all 50 states, Puerto Rico and Washington, D.C., providing lifesaving medication, healthy meals, counseling and emergency assistance.

Since 1989, 29 editions of “Gypsy of the Year” shows raised money to benefit BC/EFA (“Gypsy” is ancient theater slang for the “chorus girls” and “chorus boys” –- ensemble players — who move from show to show). This year, the event’s recently renamed successor, “Red Bucket Follies”, built on that tradition with a two-day variety show uniquely focused on talents from Broadway’s community — especially those in various musicals.

Throughout the season, ensemble members reach out to audiences for donations to these charities. The “red bucket” refers to what various cast members hold as a way to collect contributions to worthy causes made as audiences are leaving a show.

Six weeks of fundraising culminated in the extravaganza I saw with exceptional ensembles and one-of-a-kind performances.  These were held in Broadway’s New Amsterdam Theatre on Monday, December 3rd(at 4:30 pm) and on Tuesday, December 4th (at 2 pm), 2018. Showcasing ensemble members, swings and company dancers, the performers shared original numbers with various special guests. On the second day, awards were given for the best musical presentation overall, as well as for the top fundraising results from Broadway, Off-Broadway and national touring shows for their six weeks’ of fund-raising effort.

Sponsored by The New York Times and United Airlines, “Red Bucket Follies” built on its original “Gypsy of the Year Competition” legacy. The inaugural night offered quite a range of performances from pure dance routines set to recorded music to comic sketches by Seth Rudetsky, the event’s MC and ultimate Broadway buff. The host of SiriusXM’s “On Broadway” channel, he returned to lead the festivities for the 11th year.

Having joined my friend and host Mike Greenly at the show — he’s a long-time supporter who has attended these productions many times before — Mike noted that, “Rudetsky was a phenomenal host — funny, smart and drenched with his in-depth knowledge of vocal techniques and theater tradition. He’s always as educational as he is entertaining.”

One matter which Broadway has long been ahead of the curve is that of diversity. This year’s focus embraced the Asian-American legacy on Broadway. The opening number —celebrated the trailblazing production of “Flower Drum Song” (on its 60th anniversary); members of its original 1958 Broadway cast, the 1961 movie and first road company joined actors from the 2002 revival company and the first national touring company for a once-in-a-lifetime reunion. The rousing performance hailed both Broadway’s multi-cultural community and the diversity among Asian-Americans. Conceived by Lainie Sakakura and Telly Leung — directed and choreographed by Alex Sanchez — such legends as Baayork Lee (who was also in the original “A Chorus Line”) hit the stage, showing that no matter how old a performer may be, they can remain quite the hoofer. In all, more than 40 Asian performers were onstage including Sandra Allen, Marcus Choi, Ali Ewoldt, Ericka Hunter, Alvin Y. F. Ing, Jose Llana, Jodi Long, Ashley Park and Leung himself.

With the whole event directed by Jason Trubitt (and helped by production stage manager Matthew Kurtis Lutz and music director Ted Arthur), this year’s songs, skits and dances featured more than 150 performers from such shows as “Chicago,” “Frozen,” “Hamilton,” “Kinky Boots,” “The Lion King,” and “Wicked,” as well as Off-Broadway’s “Avenue Q,” “Fiddler on the Roof – in Yiddish” and “NEWSical The Musical.”

India Bolds, Rosie Lani Fiedelman and Pia Hamilton of “The Lion King” presented an emotional dance set to recordings from the Senate testimony of Anita Hill and Dr. Christine Blasey Ford. Choreographed by Ray Mercer, it closed with the piercing statement, “It’s time to listen to women.”

Representing Dancers Responding to AIDS — a BC/EFA program — choreographer Billy Griffin showcased an original piece that had been created for this year’s Hudson Valley Dance Festival. They performed a remarkable piece set to Peggy Lee’s big hit, “Is That All There Is” — a wonderfully wistful song that offers an attitude towards life that we all should have. As my friend remarked to me, “That was a big hit back in 1969 when I was a newbie to NYC, basking in the culture that defines this marvelous town.  But it was a hit once again at the Red Bucket Follies, re-invented for this special evening.”

That wasn’t the only great moment through this magical two-plus hours of theatrical bliss. As Mike and I agreed, there were several highlights that have to be mentioned. We both loved the way the cast of “Chicago” brought tap dance to life.

And as he added, “Throughout the night, I heard classics re-discovered and transformed with artistry and zest. Some of my favorites were from outside the theater world… including dance numbers performed to songs like ‘Survivor’ by Beyonce and ‘Shape of You’ by Ed Sheeran.”

Even the Yiddish language — once a source and inspiration for many a theatrical production — was heard through a performance by the troupe of “Fiddler on the Roof — In Yiddish.” And on a perfect note, the night concluded with “Hamilton” cast members performing a stirring dance to “Cheering for Me Now;” its creator Lin Manuel Miranda wrote the lyrics (celebrating NYC) to a melody by John Kander — the legendary producer and composer of “Cabaret” and “Chicago” — as one of his monthly viral “Hamil-drops.”

A total of 67 Broadway, Off-Broadway, and touring productions (up from 56 last year) raised a collective $6,113,301 — the highest fall fundraising total in the organization’s 30-year history. The record was announced Tuesday by special guests Cherry Jones, Christopher Sieber and Michael Urie who also presented awards for the top fundraisers and best performances across the two afternoons. The “Angelica” leg of the “Hamilton” tour was named the top overall fundraiser, collecting $515,152. The hit musical was also Broadway’s top fundraiser, with the New York company raising $414,971. As it prepares for its final bows next April after six unforgettable years, “Kinky Boots” was awarded this year’s Best Onstage Presentation for its parody of Frank Sinatra’s “My Way.” Dressed in their “True Colors” —a rainbow of head-to-toe spandex bodysuits — the cast performed its farcical rendition as they lamented saying goodbye.

The company of “Frozen” was the runner-up with a glorious dance piece — choreographed by Donald Jones Jr. — set to VV Brown’s “What We All Need Now More than Anything is to See People Enjoying Each Other.”

And once again, another aspect of the fundraising came with the commemorative ornament sold during this holiday period. This year, as the fabulous Harvey Fierstein proved in the musical “Hairspray,” he makes a great woman and a great ornament. Bedazzled in colorful stripes and glitter, Harvey’s Tony®-winning Edna Turnblad character becomes the 11th ornament in BC/EFA’s Broadway Legends series — designed by Glen Hanson with the Christopher Radko Company. It’s also for sale at their website.