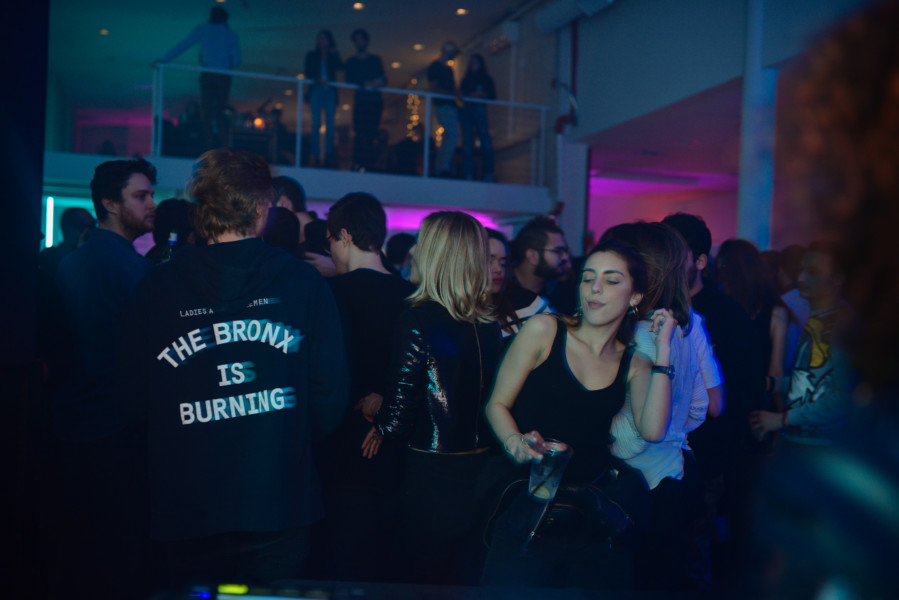 Decades ago the face of Big Apple nightlife was a different scene. Long gone are the days of the mega-club and all night dance-a-thons at Tunnel. The downtown art scene seemed to vanish with the club kids as much as the recent demise of the old-school page turner Village Voice.

As the city turns in to what some claim middle Americana vanilla ice cream with a Starbucks and Chase Bank on every corner, there is one group that is keeping the beat alive.

Avant-Garde is a creative collective who imagined an international movement composed of artists, thinkers and tastemakers. The collaborative force is impressive and out to make waves through projects in films, music, art, fashion and hospitality

Last year, AG created Disturbed, a monthly pop-up event taking place in secret locations all around Manhattan. Walking in to a party by the group is like jump cutting back to a scene of wild New York City – wild, but beautiful.

As stated by the organization, “It started with us wanting to recreate the environment of the Brooklyn “underground scene” in Manhattan, we liked the idea of utilizing “blank spaces “as a canvas to create something where our community feels at home. Disturbed’s DNA revolves first and foremost around music with an urge to bring high-end nightlife experiences.”

In just a few months time, Disturbed has worked with prominent international DJS that rock the boat and keep the groove going until the sun comes up. The last event on September 21st celebrated a one-year anniversary and a growth platform for things to get bigger and better.

The next Disturbed event is Saturday October 13th and will host DJ Christopher Ledger.

It is truly an advantageous adventure that once you get a taste for you cannot get enough. For more information please visit their site here.