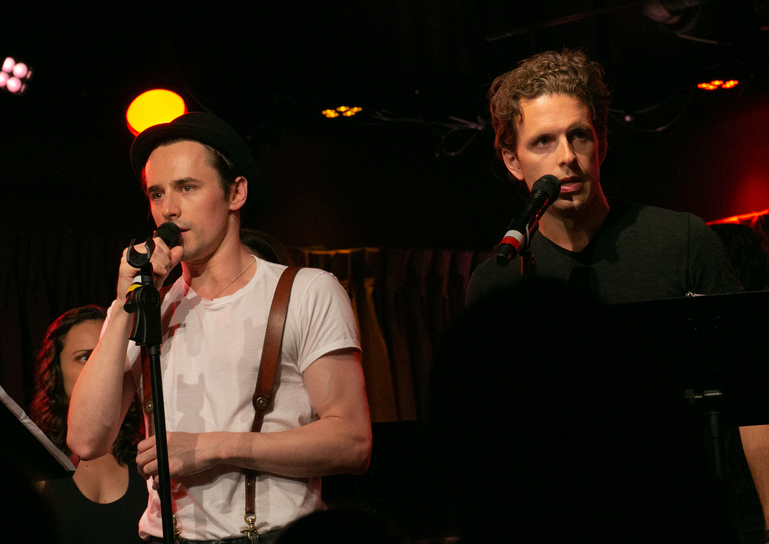 November 22, 1963 is one of the most infamous days in history. As President Kennedy’s motorcade headsdown the streets of Dallas, Texas, a shot rings out. Days later his accused assassin, Lee Harvey Oswald, is led through the basement of the Dallas Police headquarters only to meet his doom. The nation mourns for the loss of a great leader, and for a truth that can never be spoken. Told through the eyes of his now elderly widowed wife, Oswald explores two possible versions of the accused assassin’s journey simultaneously. On one side of our story we follow a troubled youth caught up in an impossible situation, which ultimately leads to the conspiracy theories many believe to this day. On the other, we watch a cold- blooded killer driven mad by his unrelenting need to be remembered.

Jane Cardona (Head Over Heels, To Kill A Mockingbird) music directed and lead the band on keyboard, with Eric Stockton and Freddy Hall on guitar, Jeff Allen on bass, and Kevin Garcia on drums.

Suzanna BowlingJune 28, 2022
Read More
Scroll for more
Tap
String Theory – Choosing a Guitar Based On Your Playing Style
Laura Benanti, Megan Hilty, Celia Keenan-Bolger and Chita Rivera Give Back at the 2019 Broadway Back to School Gala