Relentless – Resurrected at The Goodman 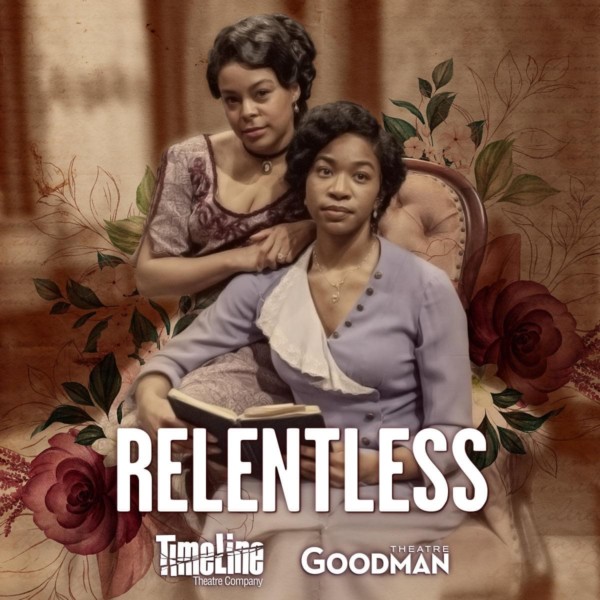 Relentless – Resurrected at The Goodman

After a near sold-out run during the winter, The Goodman Theatre is restaging playwright Tyla Abercrumbie’s ferocious, fierce, determined and monolithic three-hour play, Relentless. Prolific director, Ron OJ Parson helms this bold new work focused on confronting the societal pandemic of racism plaguing this country for generations. Purposely uncomfortable for a largely Caucasian audience, Abercrumbie’s work holds a magnifying glass up to the turmoil in the country matched by the turmoil faced by the two sisters. The women are sharply divided over what to do with their recently deceased mother’s journals. Her life, chronicled in a trunk full of hand-written diaries, filled with stories the siblings never knew. Is it an invasion of her privacy to read these diaries now that she has passed? Are the books required readings to understand who their mother was after her passing? What if the daughters don’t particularly like what their mother has to say? What would be revealed and what could the fallout from these revelations be? Are diaries, the written collection of private thoughts, for public consumption after the author has passed on? The sisters share opposite views on the book’s content. 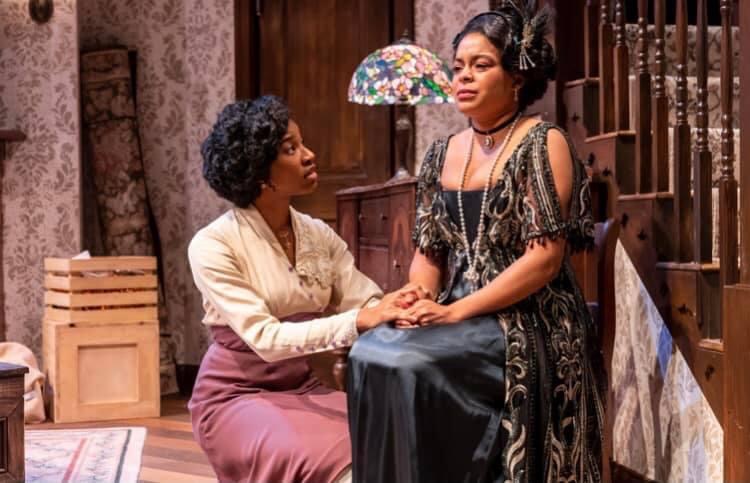 Set during the Black Victorian age of the Harlem Renaissance in the 1919 Philadelphia opulent living room of a recently deceased woman, the action centers around two sisters. The extravert, Annelle (Ayanna Bria Bakari) is a boisterous socialite. Loud, self-centered, aloof and oh so very “married to a doctor”. The flightier of the two sisters, Annelle wants to sell her Mother’s house quickly and return to her posh and comfortable life back in Boston. The introverted sister, nurse Janet (Jaye Ladymore) is graceful, studious, cerebral, cautiously and curiously pouring over every page of her mother’s diaries, hungry for the stories her mother never shared when alive. 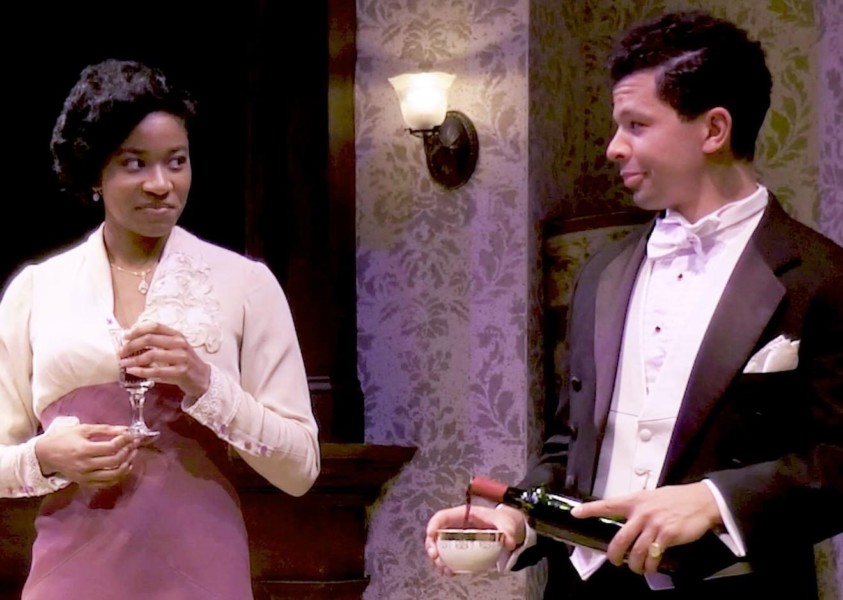 Selected diary entries are told in staged flashbacks. As their mother, Zhuukee/Annabelle Lee (Demetra Dee) begins as the headstrong property of a slave owner’s daughter, Mary Anna Elizabeth (Rebecca Hurd) a spoiled, selfish, southern belle who would later become instrumental in Zhuukee’s life. Used as a prop during her sexual awakening and teenaged rebellion against her strict southern parents, their powerplay was never on equal footing. Not even when Annabelle Lee was freed from her life of slavery. From petulant to abolitionist, Mary Anna Elizabeth was nowhere near as “woke” as she pretended to be. Even when giving Zhuukee gifts, the gesture was met with resentment from Mary Anna Elizabeth when Zhuukee didn’t respond to the memento exactly as she had wished. 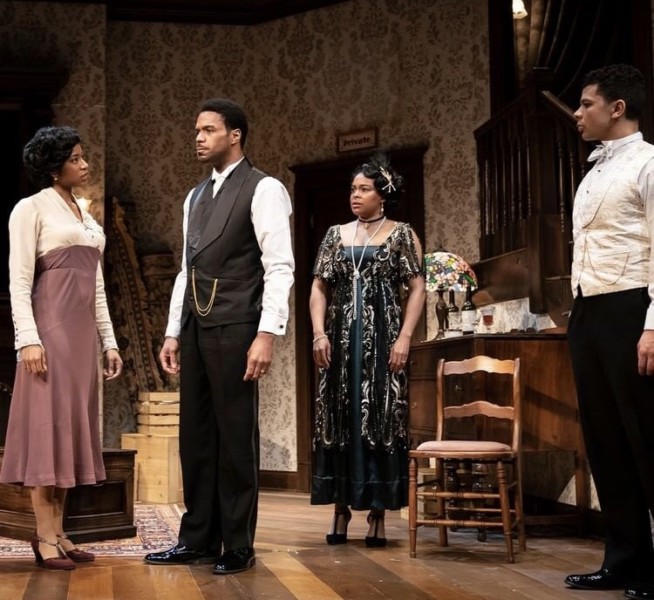 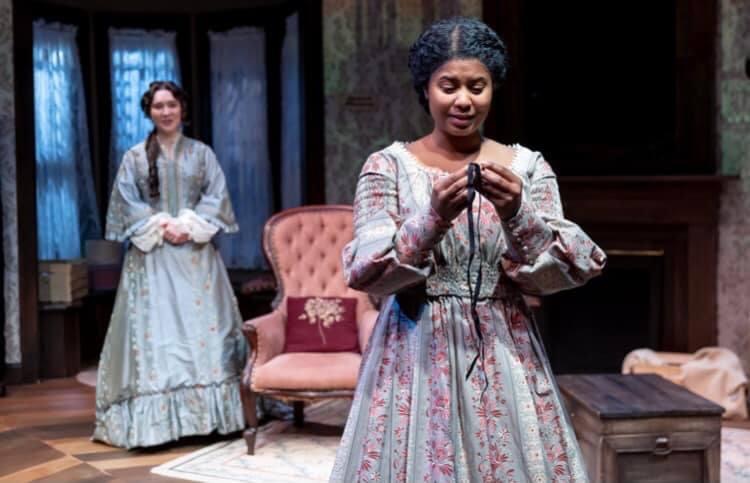 As for the men in their lives, Annelle is married to outspoken physician, Marcus (Travis Delgado) who was also attempting to play matchmaker with his winemaking friend, Franklin (Xavier Edward King) and the outspoken sister, Janet. Ladymore and King have tremendous onstage chemistry, their rapid-fire dialog, constantly chattering over one another, much like a Katherine Hepburn & Spenser Tracy movie or a Noel Coward play. 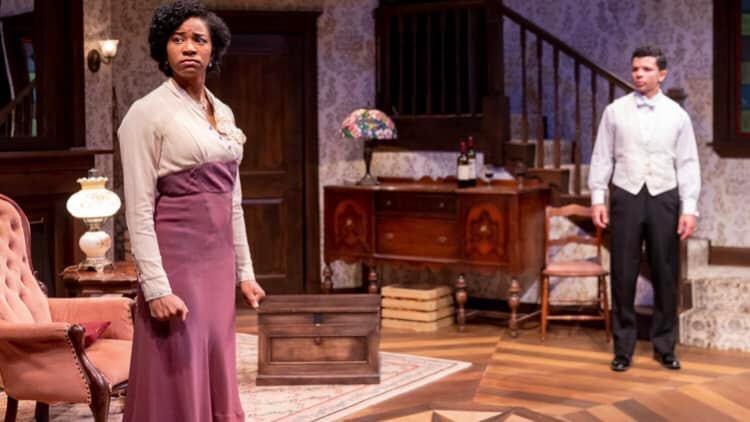 This quartet of affluent, educated and opinionated Black Americans pushed to their limits is the real foundation of Abercrumbie’s tale. While unveiling facts both complex and intricate, the bonds of sisterhood stretched to their limits but not permanently tattered, forever changing truths each held about the other. As each pushed their own personal agendas, each trying to define their own interpretations of inclusion, equality and respect, the 1919 Red Summer was about to explode. The backdrop of the play, further complicated racial divides that now, almost 100 years later, is still burning red hot. The play’s final moment, that I will not spoil here, an unnerving reminder for every step forward, there are two steps back. 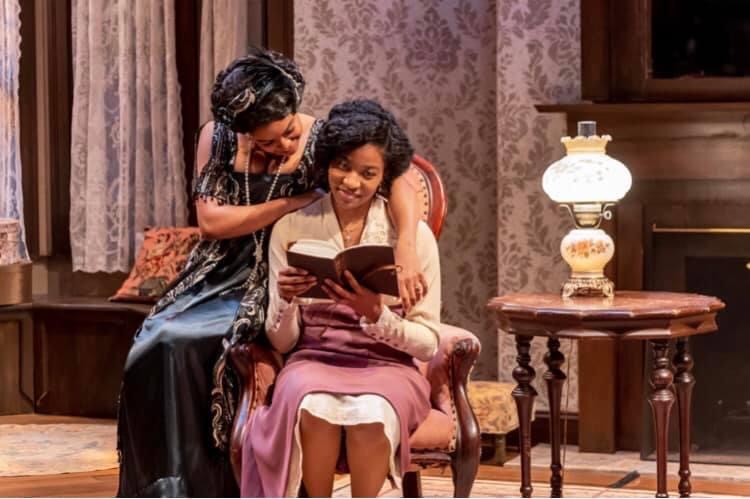 On a second viewing in just a few months, this complex, powerful if overly long drama, particularly in the second act, Relentless remains an ambitious debut, even if it takes too long to get there. Wonderfully acted, cozy set design (Jack Magaw’s homey living room scenic design impressed) Christine Pascual’s solid costuming and Megan E. Pirtle wig and hair design added magnificently  to a compelling night out at the theater. Relentless once again proved itself unrelenting and required springtime viewing. 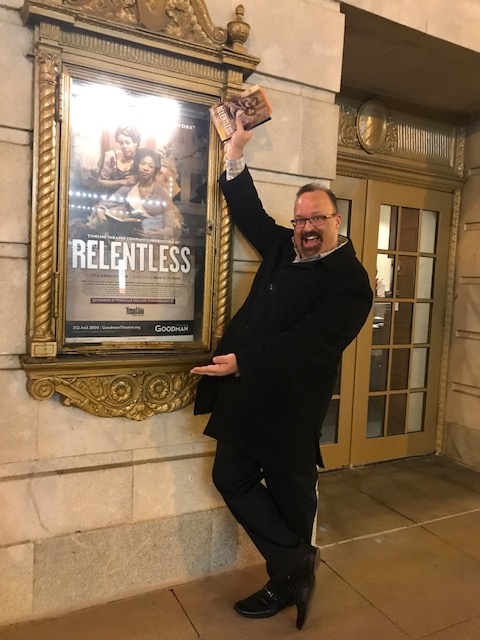 Relentless from Timeline Theatre Company is now playing at The Goodman Theatre through May 8, 2022