Remembering A John Prine classic: Grandpa was a Carpenter 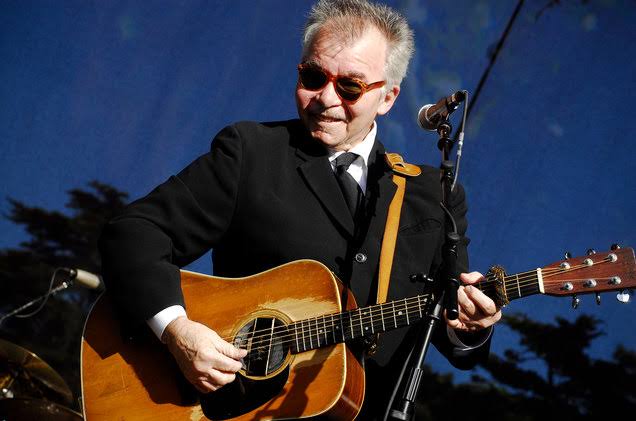 Remembering A John Prine classic: Grandpa was a Carpenter

In all fairness, country music albums have a unique charm that is just not there in contemporary music. The old-school beauty of country songs makes them soulful. Also, there comes a considerable degree of nostalgia with a certain set of country songs.

One such song that ended up capturing everybody’s imagination was Grandpa Was A Carpenter. The song was sung by John Prine and created ripples in the world of music back in the early and mid mid 1970s. The song was an integral part of the album titled ‘ Sweet Revenge’. Those who grew up during the 1970s would be well aware of the impact the song had on the masses.

Coming back to the song, the song is ‘ornamented’ by countless traces of melancholy. The slow and low tunes in the song end up captivating the listener. The raw charm and beauty of the song ends up  pulling the listener. It’s like a magnetic force of sorts. Over the years, the song has garnered a lot of praise. At p-resent, it has a cult following.

In the song, Prine describes his grandfather. Prine begins the song by stating that his grandfather wore his suit to dinner. Moving on, Prine throws light on his grandfather’s profession. He says his grandpa built houses and stores, and voted for Eisenhower. The stark and catchy  lyrics make it a memorable song. It was Prine’s way of paying homage to Empson Schobie Prine, his grandfather.

The song is a classic, many believe that John Prine redefined himself with this album (Sweet Revenge, 1973). He ventured into a largely cryptic lyrical terrain with this album. If you get a chance to listen to the song, then you will love its good old flavour. The lazy laid back days of the 1970s will come back to life. Things were way too simple back then, weren’t they? The American countryside was filled with cowboys. Moving on, the song captures the essence of the wild-wild west quite beautifully.

The country has undergone a significant amount of change. It is no longer what it used to be. Capitalism has taken the front seat. lIkewise, country music in the US is no longer what it used to be. Today, youngsters love listening to some rocking and peppy tunes. The rawness and charm of American country music has been losing its sheen, but there are some musicians who are trying to restore the glory of country music. If you wish to catch the likes of Sir Elton John and John Prine on stage, then get your tickets booked on Tic Flip.

Just like the US, country bands in the UK are also witnessing a decline. Well, this makes you realize that tastes and preferences change with each passing minute. Fortunately, there are some people who still love listening to the good old country tunes. Many young artistes in the UK are trying to recreate the magic of country music. The likes of Catherine McGrath and the Wildwood Kin are trying to restore the glory of country tunes.