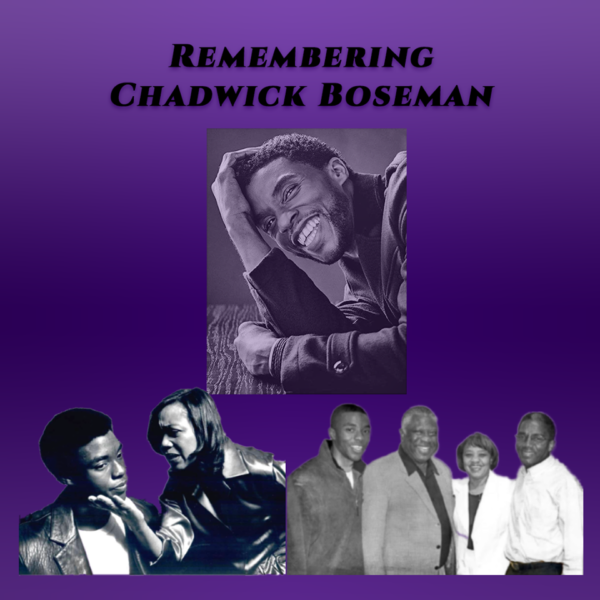 The death of Chadwick Boseman on August 28, at age 43, after he secretly battled colon cancer for four years, has left the Black theater community in shock. I am devastated and stunned, partly because I helped steward his early career at New Federal Theatre and partly because he had so much to give.

We first met at the Congo Square Theatre in Chicago at a reading of a play he had written, “Deep Azure.”  He had an incredible honesty, very hip and aware. He looked college age but when he spoke to me, it was never like a young man looking up to a producer.  He was most sincere about the writing career he wished for and I knew he had the wherewithal to be a major artist.

Chadwick had attended Howard University with the intention to study directing and there he was mentored in acting by a notable alumna of New Federal Theatre, Phylicia Rashad.  Chad and some other classmates were accepted to the British American Drama Academy in Oxford and Ms. Rashad helped finance their trip with support from another “favorite son” of New Federal Theatre, Denzel Washington.  Chad was to be frequently compared to Denzel, and Denzel produced one of Chad’s final appearance in the film adaptation of August Wilson’s “Ma Rainey’s Black Bottom” that will now be released posthumously on Netflix.

That night in Chicago, I urged Chad to come to New York and visit me at New Federal Theatre. Once out of Howard, he moved here and I cast him in a leading role in Ron Milner’s “Urban Transitions: Loose Blossoms,” which I directed in 2002.  Ron always created compelling realistic characters and this was his last play.  Chadwick won an AUDELCO Award for his performance as a teenage boy who resorts to hustling to support his family when his father becomes disabled.  I think he was primarily a playwright in his own mind, but this play launched him into an acting career that took him to Hollywood and ultimately to international stardom.

His mother and father came to see Chad in “Urban Transitions: Loose Blossoms” and we enjoyed a very pleasant evening together.  They were not showbiz people, but his brother, Kevin Boseman, was a member of the Alvin Ailey and Martha Graham dance companies and was inspirational to Chad.  “Urban Transitions: Loose Blossoms” was a major play by a major playwright; agents and managers flocked to NFT to see his work and his ascent into TV and film began. He landed a recurring role on “All My Children” and appeared in all the New York cop shows.  Later, he joined the board of directors of New Federal Theatre. He let the world know he launched his acting career at NFT. When he became established, he not only supported NFT fiscally but also by visiting NFT workshops to speak to the students, giving his guidance and time.

His best-known films, like “42,” “Thurgood” and “Black Panther,” came to him in a rush after he was 35, but the honesty I saw in him shines through them all.  Everybody says “that’s what you need on film” and he proved it in roles from Jackie Robinson to Thurgood Marshall to James Brown to the Black Panther. Despite being sick with colon cancer, he was offered great roles and he just wouldn’t turn them down.  Not working wasn’t going to cure stage 3 and 4 colon cancer and, well, an actor just doesn’t let Hollywood know he is sick.  Two weeks ago, I spoke with his agent about Chad’s being in a play series.  He said he had just spoken with Chad the night before.

While I saw “Deep Azure,” I had only read Chad’s other major early play, “Hieroglyphic Graffiti,” which remains unproduced.  NFT was able to present some of his other plays in readings.  He regarded himself as pushing the boundaries of Hip Hop theater, which in itself was pushing the boundaries of theater.  Throughout his plays, he was keenly aware of what was going on around him and able to capture it.  He was brilliant and he loved his people and Black culture. What a loss. New Federal Theatre salutes you, Chadwick Boseman. Rest in Peace.