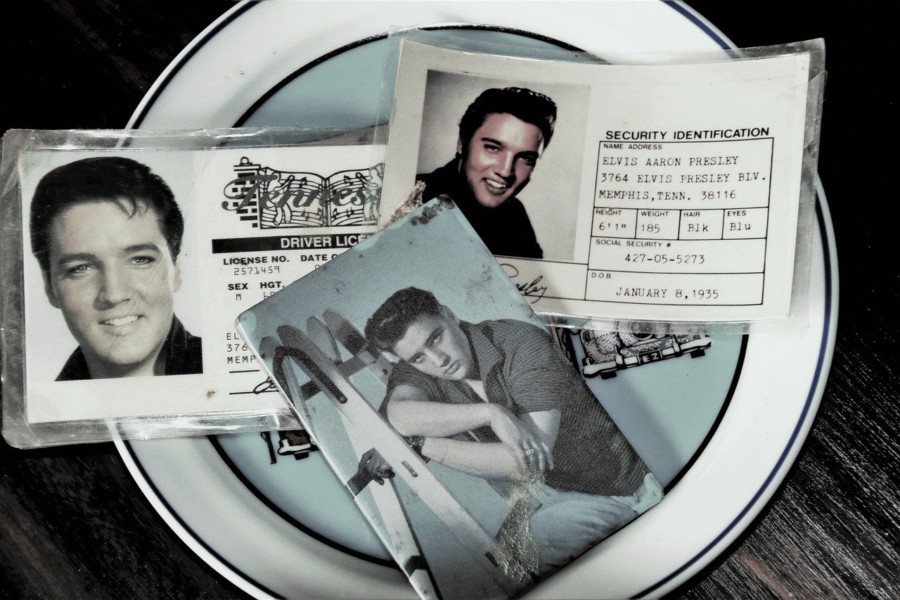 Elvis Aaron Presley was born January 8, 1935 and passed on August 16, 1977. Known simply as Elvis, he is regarded as one of the most significant cultural icons of the 20th century and is often referred to as the “King of Rock and Roll” or simply “the King”.

Presley was born in Tupelo, Mississippi, and at 13 relocated to Memphis, Tennessee. His music career began there in 1954, with a recording at Sun Records with producer Sam Phillips. Presley, played rhythm acoustic guitar, lead guitarist Scotty Moore and bassist Bill Black, pioneered rockabilly, a fusion of country music and rhythm and blues. In 1955, drummer D. J. Fontana joined to complete the lineup of Presley’s classic quartet and RCA Victor acquired Elvis’s contract in a deal arranged by Colonel Tom Parker, who would manage him for more than two decades.

On January 10, 1956, Presley made his first recordings for RCA in Nashville. RCA enlisted guitarist Chet Atkins. The session produced the moody, unusual “Heartbreak Hotel”, released as a single on January 27.

In February, Presley’s “I Forgot to Remember to Forget”, a Sun recording initially released the previous August, reached the top of the Billboard country chart.

RCA released Presley’s self-titled debut album on March 23. It became the first rock and roll album to top the Billboard chart, a position it held for 10 weeks.

In 1956 “Heartbreak Hotel”, was released and became a number-one hit in the United States. In November 1956, Presley made his film debut in Love Me Tender.

FBI director J. Edgar Hoover, stated “Presley is a definite danger to the security of the United States. … [His] actions and motions were such as to rouse the sexual passions of teenaged youth. At his Milton Berle Show appearance on June 5 Presley abruptly halted an uptempo rendition of “Hound Dog” with a wave of his arm and launched into a slow, grinding version accentuated with energetic, exaggerated body movements. Ed Sullivan, whose own variety show was the nation’s most popular, declared him “unfit for family viewing”.

Tree Presley singles released in the first half of 1957 went to number one: “Too Much”, “All Shook Up”, and “(Let Me Be Your) Teddy Bear”.

The soundtrack to his second film, released in July—was Presley’s third straight number-one album. The title track Jailhouse Rock was written by Leiber and Stoller.

Drafted into military service in 1958, Presley relaunched his recording career on the night of March 20, he entered RCA’s Nashville studio to cut tracks for a new album along with a single, “Stuck on You”, which was rushed into release and swiftly became a number-one hit.

It’s Now or Never” and “Are You Lonesome Tonight?”, came next.

G.I. Blues, the soundtrack to Presley’s first film since his return, was a number-one album. His first LP of sacred material, His Hand in Mine, followed two months later. It reached number 13 on the U.S. pop chart and number 3 in the UK, remarkable figures for a gospel album.

His made 27 films he made during the 1960. In one of his films “Stay Away Joe” my friend Mayra Christen played his love interest. She was 19 at the time and is the one in the white hip huggers.

In 1968, following a seven-year break from live performances, Elvis returned to the stage in the acclaimed television comeback special Elvis, which led to an extended Las Vegas concert residency and a string of highly profitable tours.

In 1973, Presley gave the first concert by a solo artist to be broadcast around the world, Aloha from Hawaii.

Elvis won three Grammy Awards, received the Grammy Lifetime Achievement Award at age 36, and was inducted into multiple music halls of fame. Presley holds several records; the most RIAA certified gold and platinum albums, the most albums charted on the Billboard 200, and the most number-one albums by a solo artist on the UK Albums Chart and the most number-one singles by any act on the UK Singles Chart. In 2018, Presley was posthumously awarded the Presidential Medal of Freedom.

After years of prescription drug abuse severely compromised his health, Elvis moved on in 1977 at his Graceland estate at the age of 42. 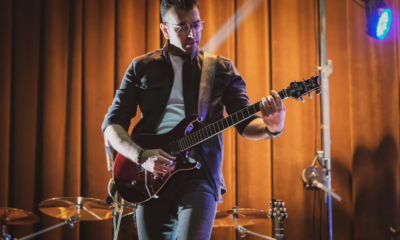