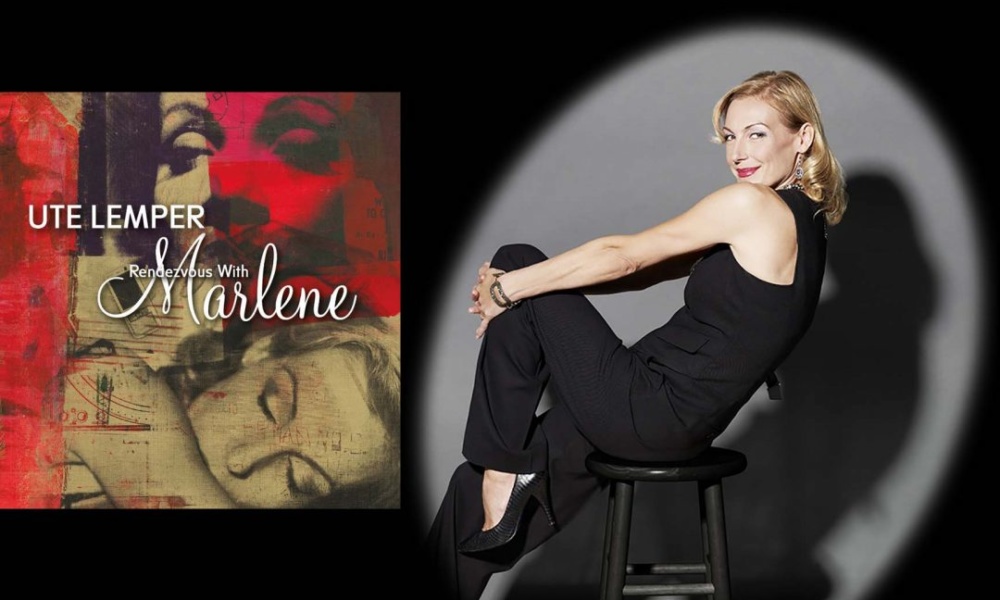 Ute Lemper is gracing the virtual series with her critically acclaimed show “Rendezvous with Marlene” which is less filmed concert and more of a theatrical film, shot entirely at Club Cumming. Ute honors the teutonic Marlene with a show based on the true story a phone call Ute received by the film legend 35 years ago in France. “Rendezvous with Marlene,” which debuted in London in 2019, includes some of Marlene’s most beautiful songs and captivating secrets of her life – from her illicit love affairs to her groundbreaking political activism – shared during the three hour-plus call.  The stage production will embark on an international tour in 2021; the album is currently available in all formats.

In “Rendezvous with Marlene,” Lemper channels her story in a time warp, remembering Marlene as a woman of the future, her courage, bravery, her empowerment as a woman, her legend as an actress, singer, fashion icon, her free-spirited mind as a bisexual androgynous hedonist and her lifelong fight against autocrats and nationalists. After receiving the French Molière Award for her performance in Cabaret in Paris, Ute had sent a postcard to Marlene, who had lived at 12 Avenue de Montaigne since 1979, essentially apologizing for all the media attention comparing her to Dietrich. Ute was just at the beginning of her career in theatre and music, whereas Marlene looked back on a long, fulfilled life of movies, music, incredible collaborations, love stories and stardom. Ute considers it a secret gift to have heard Marlene talk about her life, her work and style, her love for the poet Rilke, her complicated relationship with Germany, and her sorrow and her fascinations.

Six days before Ute’s opening night in the part of Lola in the 1992 Blue Angel production in Berlin – the role that had made Marlene a star in 1928 – Marlene Dietrich passed away in Paris.

“The show is an incredible journey through Marlene’s life.” – BroadwayWorld UK