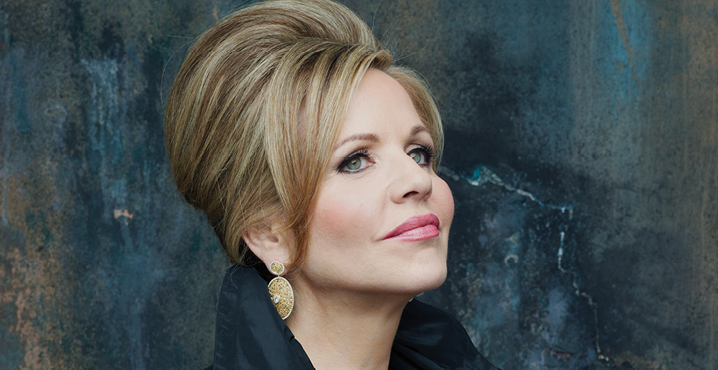 New Jersey Performing Arts Center (NJPAC) presents an evening with Renée Fleming, Friday November 4th at 8pm. Renée Fleming’s radiant voice soars in songs and arias from France and Italy, plus Schumann’s exquisite “A Woman’s Life and Love,” and selections from Rodgers & Hammerstein’s The King and I. Pianist Gerald Martin Moore is accompanist. Her voice is of uncommon radiance. The voice of our time. “America’s reigning diva for more than a decade now. The Beautiful Voice soared, swelled and glistened in recital. (She) offered some of the shining freshness that grabbed everyone’s attention when she was just coming onto the scene…” The Washington Post. Friday, November 4, 2016 8:00 PM at Prudential Hall. Get your tickets now at NJPAC.org or 888.GO.NJPAC (888.466.5722)

Renée Fleming is an American opera singer and soprano whose repertoire encompasses Richard Strauss, Mozart, Handel, Bel Canto, Lieder, French opera and chansons, jazz and indie rock. Fleming has a full lyric soprano voice. She has performed coloratura, lyric, and lighter spinto soprano operatic roles in Italian, German, French, Czech, and Russian, aside from her native English. She also speaks fluent German and French, along with limited Italian. Her signature roles include Countess Almaviva in Mozart’s Le nozze di Figaro, Desdemona in Verdi’s Otello, Violetta in Verdi’s La traviata, the title role in Dvořák’s Rusalka, the title role in Massenet’s Manon, the title role in Massenet’s Thaïs, the title role in Richard Strauss’s Arabella, the Marschallin in Der Rosenkavalier, and the Countess in Capriccio.

A National Medal of Arts and Richard Tucker Award winner, she regularly performs in opera houses and concert halls worldwide. In 2008, she was awarded the Swedish Polar Music Prize for her services in music. She serves as Creative Consultant for the Lyric Opera of Chicago.

Rodgers & Hammerstein: The King and I

I Whistle a Happy Tune

Suzanna BowlingNovember 24, 2022
Read More
Scroll for more
Tap
Marin Maize Is Nothing Like a Dame She Is More
Sunday in the Park with George at the NY CityCenter Gala