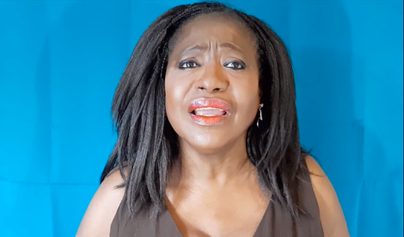 On a video produced by former Prince pianist, Tommy Barbarella, film, TV and theater star Renn Woods, sings Neil Sedaka and Phil Cody “Should’ve Never Let You Go”. Barbarella, also accompanies Renn on piano. She recorded this song especially to promote the concert, Steppin Forward To Virtually Celebrate The Music of the Legendary Neil Sedaka a fundraiser for The Actors Fund. A long-time lover of Neil’s music and supporter of The Actors Fund, Renn was excited to record another song to share.

“Steppin Forward Virtually to Celebrate the Music of the Legendary Neil Sedaka” was streamed originally on Saturday, June 20th. Due to its over whelming success the show is streaming on demand until July 31st. The show is presented by Robert R. Blume/Step Forward Entertainment and Pat Labez, in cooperation with both Neil Sedaka Music and The Actors Fund. Krystin Goodwin, TV/Film actress and Fox reporter covering Entertainment and Trending News on Sirius XM Radio will serve as host.

The concert features 17 artists, in 15 performances, consisting of clients and friends of Step Forward Entertainment performing from their homes while in lockdown. All the songs performed in the concert were written by Neil Sedaka with either Howard Greenfield or Phil Cody.

Neil Sedaka, leads off the concert with a special, introductory message from home.

The virtual concert, is presented free of charge, donations made benefit The Actors Fund.

Suzanna BowlingJanuary 27, 2023
Read More
Scroll for more
Tap
What To Watch July 25th To Take Away The Blues
Are you ready to Spotify your life?