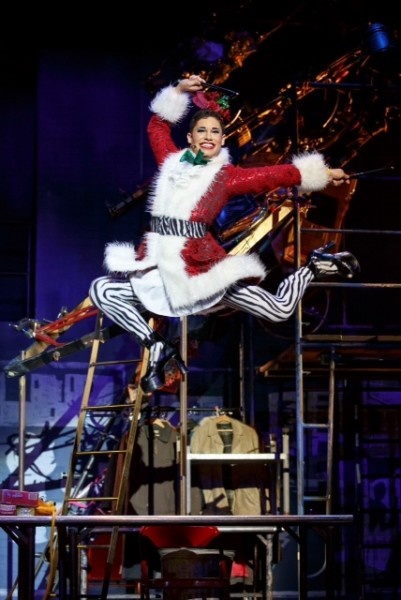 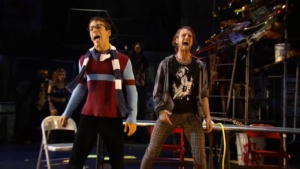 Anyone who knows me personally can attest to the fact I do not adore numbers. When it is time for my annual birthday celebration, my circle of friends know I love cake, I adore gifts, and I graciously sip as much champagne as is generously poured. However when it comes to numbers, those dreaded things are purposely left off the table of discussion. While addressing the uncomfortable topic of aging, I was hard pressed when faced with the alarming realization the revolutionary rock musical Rent is now celebrating its 20th anniversary tour. It seems like just yesterday, although 1996 was the actual year, the world was introduced to Mark, Roger, Angel, and the gang. A group of New York based friends I’ve always found much more compelling and relatable than Monica, Rachel, Phoebe and the boys. The trophy mantel for the original production of Rent is impressive, including collecting the Pulitzer Prize, several Tony’s, Drama Desk & Laurence Olivier Awards, just to name a few. The brainchild of wunderkind Jonathan Larson, Rent was fleshed out of his desire to bring contemporary musical theater to the MTV Generation. Larson successfully accomplished that goal, and so much more. 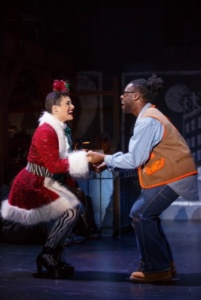 That original Broadway cast included in its ranks, Taye Diggs, Idina Menzel, Jessie L. Martin, and Anthony Rapp, all of whom have gone on to become household names, featured in multiple television series, movies, authoring books and one voicing a certain Ice Queen named Elsa in a little film turned global phenomenon called Frozen. Rent honestly brought a new generation of fans to an aging Broadway, which at the time was thought of an older, culturally elite haven or something strictly enjoyed by out of town tourists. Rent became a pop culture revolution, decades before Hamilton the Musical, The Producers, The Book of Mormon or Wicked. No other contemporary musical landed two of its original cast members, Adam Pascal and Daphne Rubin-Vega, on the cover of Newsweek Magazine’s May 13, 1996 edition under the tagline “Rent Electrifies Broadway.” Inspiring a generation of ever loyal fans, affectionately referred to as “Rent-heads” this show and its message with music, lyrics and book all written by Larson, brought its aggressive rock score, thoroughly diverse cast and unapologetic storylines about HIV/AIDS and drug use to center stage. 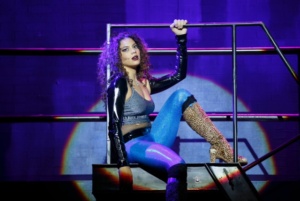 For one week only, Windy City audiences are granted another visit to the underground world of NYC squatters, this time with a non-Equity touring cast currently playing at the Oriental Theatre. The set design of Paul Clay is a little more compact than the original Broadway Alphabet City, East Village neighborhood of New York, but as soon as the cast began to sing, all fell right into place. The sold out audience sharing this magnificent, year long journey with these young street artists struggling to find their way through a neighborhood ravaged by AIDS and bourgeoning gentrification. Directed by Evan Ensign based on original direction by Michael Greif, this Rent continued the tradition of casting remarkably young talent, many of whom don’t look old enough to have been alive when this show first bowed on Broadway. We start with videographer Mark (Danny Harris Kornfeld) and his roommate Roger (Kaleb Wells) who opened the show with a rousing rendition of “Rent,” a rock and roll anthem about income inequality and their shared inability to pay for their loft space. The song concluding with an all too familiar power outage. That is what you get when your electricity is supplied through a single extension cord dangling out the window. Good thing “Spike Lee is shooting down the street” for added light. Their good friend, anarchist MIT professor, and recent mugging victim, Tom Collins (Aaron Harrington) had his wounds tended to by the talented hands of street percussionist and drag queen, Angel (David Merino). Neighbor Mimi (Skyler Volpe) certainly had the requisite look and sinewy build to pull off a leading lady who happened to be both drug addict and part-time stripper. Of course she quickly caught the eye of Roger. Their flirty “Light My Candle” and her glitter shimmying solo “Out Tonight” commanded all on eyes to the Latina temptress. As for the other ladies in the cast, Joanne (Jasmine Easler) had the strongest pipes and sharpest comic timing. Her “Tango: Maureen” with Kornfeld remained an Act One highlight. Her love interest, avant-garde performance artist, Maureen (Katie Lamark) was also predominately played for laughs. I must admit, with age I have found my allegiances in this relationship has swayed from Maureen to Joanne. While women in rubber may always be flirting with you, Maureen, Easler’s Joanne, a socially conscious lawyer, is the real prize. Regardless of where you may fall in the divide of who is right and wrong in their often volatile and combustible relationship, both women’s vocal prowess during “Take Me or Leave Me” did the material proud. 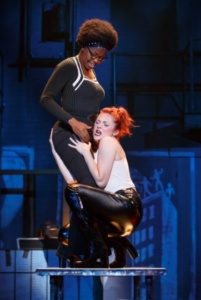 Marlies Yearby’s loose choreography fit the staging well, especially during “Tango: Maureen” and “I’ll Cover You.” Angela Wendt’s costuming was requisite early 1990’s street chic. The high-waisted and wide legged jeans were a giggle prompting visual treat and a slightly embarrassing walk down memory lane. The thrift look here continued to work. Jonathan Spenser’s lighting design was also, pardon the pun, low-rent believable, in the best sense of the expression. It was legitimately conceivable this entire production was wired through the one large extension cord that went out Roger and Mark’s loft window. As for the tunes, Samuel Bagala’s masterful music direction and five piece band were simply magic, grinding out Jonathan Larson’s rock-infused score. I firmly believe Larson is smiling down, the proudest guardian angel of this entire production. 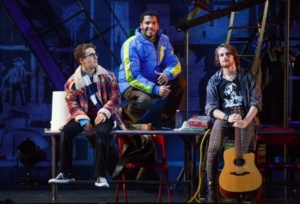 The life lesson “No Day But Today” was perfectly captured in Jonathon Larson’s phenomenal tribute to the unique artisans and colorful characters who populated his life as a young playwright in New York City in the late 1980’s. He so captured the anxiety, hunger and desperation of this time. The AIDS crisis was obliterating the artistic community at epidemic levels and designer drug use ran rampant. Like any great writer, he channeled the pain that surrounded him and made a really fantastic, life-affirming musical about the strength found from chosen family and the immediacy and importance of living for the now. It is unfortunate Larson didn’t live long enough to see the massive fruits of his labors come to culmination. Shockingly, he passed away from an undiagnosed aortic aneurysm, believed to have resulted from Marfan syndrome, the day before the first preview of Rent was to make its debut. How could you measure the life and talent of this remarkable man? Why, “Five hundred twenty five thousand six hundred minutes” would be an appropriate start. RENT may be celebrating its 20th anniversary, but this is not a dust covered footnote of musical theatre history. This young ensemble did both Larson and his material proud. 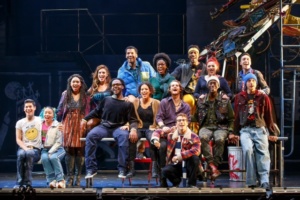 Rent’s 20th Anniversary Tour is now playing through May 14, 2017 at the Oriental Theatre 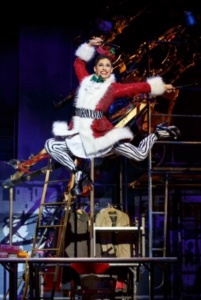